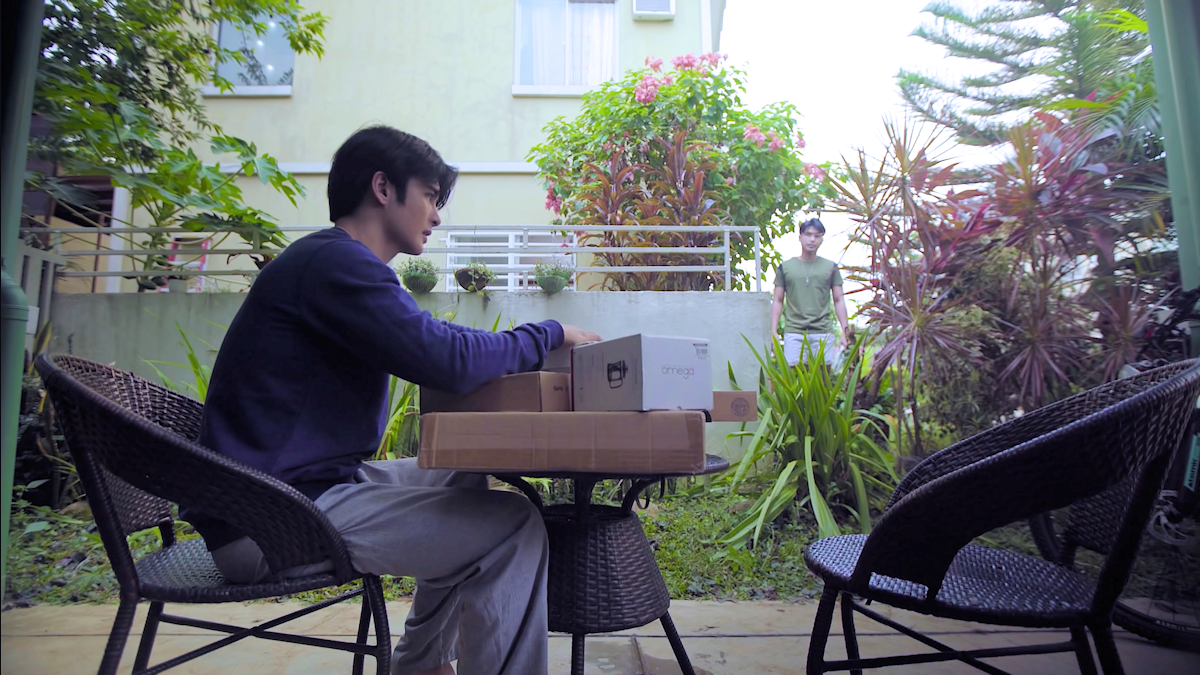 In the first parts of this episode, we get to see Jim at his most inconsistent and indecisive, almost to the point where it’s hard to care for him anymore as a character. After actively flaunting the lovey-dovey relationship Jim has with his girlfriend in front of Ben, Jim then turns around and starts having doubts when he notices Olan’s strong interest in his best friend. The fact that Jim has the audacity to act angry is also a major buzzkill for me. What kind of character is Jim, and what are his motivations as a character? When Ben confessed his feelings and then demurred, the hurt was still visible on Ben’s face. The moment Ben starts “joking,” Jim gets upset and demands to know if Ben is making fun of him.

All this because now we see that Jim didn’t take stock of the situation until Olan declares his intent to court Ben. Why did Jim wait for so long; is jealousy the only visible trait in their relationship? If Jim is unsure, then why is he gambling? What happens if he’s not actually into Ben physically? This episode left me with a hell of a lot of questions with no discernible answers. So I’m borrowing Kat Galang’s morbid expressions because she is spot on, and I can’t help laughing every time I watch this scene. This thought was my impression throughout this episode, so I can almost hear Flo’s inner ramblings.

While Ben is slowly backing off from his pursuit, Jim starts acknowledging his apparently real feelings. Watching Olan flirt futilely with Ben makes Jim feel insecure. Unbeknownst to Olan, Jim starts displaying jealousy, going as far as to gate crash Ben’s party with Flo and Olan. However, the party mood turns heavy when both Ben and Jim make their confessions in a roundabout way. Olan, on the other hand, snatches the opportunity to confess his love for Ben. The confession sends Jim onto the edge, and he loses it. Acknowledging his weakness, Jim admits his feelings for Ben and declares that Ben belongs to him in his heart.

The odd confession from the last episode makes the overall situation very awkward for our main leads. While both struggle with the confession, Jim is still pretty much confused. But that doesn’t stop him from flaunting his relationship, and it’s really sad. Jim, as a character, has a lot of flaws. He has known from one day that Ben has feelings for him. It’s quite obvious, and yet it looks like he is playing with Ben’s emotions. Is this some sort of game for Jim? I’m not sure about his feelings or intentions anymore. Because even when he is with his girlfriend, Jim is always aware of Ben’s presence. However far they might be, Jim always knows where Ben stands. Literally and figuratively!

The situation gets even worse as Jim watches Ben’s interaction with Olan. He was never a fan of Olan, but watching the courier flirt with Ben makes him jealous. Especially when Jim knowingly splashes the glass of water onto Olan and then regrets the fallout. Olan uses the chance to flaunt his abs, and Ben certainly appreciates the view. I really couldn’t stop laughing because Jim immediately removes his shirt, and Ben looks at him like he has lost his mind. Jealousy doesn’t look good on Jim, although I admit that I did appreciate the striptease.

This sequence sets the stage for the most awkward party ever. To avoid attending the home party organized by Yana, Ben arranges one of his own with Flo and Olan. I’m surprised at the certain turn of events where Ben is getting along with Olan fabulously. Flo agrees because she needles them for information (while at the same time, passing information on to Jim). Seriously this guy needs to choose one out of the two – Yana or Ben. So gate crashing Ben’s party to keep an eye on Olan seems to be the obvious solution. Instant facepalm. Jim and Ben end up wearing a couple’s set of t-shirts (same design, different color), and when Flo comments on them, Ben offers to change. Jim actually rebukes him for the same, and I’m appalled with this guy’s attitude. Ben is desperately trying hard to hide their situation from Yana, but Jim is making it very difficult.

Jim leaves no stone unturned to make the situation even more awkward. He indirectly confesses his feelings for Ben. Ben and Yana obviously think that Jim is talking about Yana. I can’t believe that Olan and Flo are the only ones around who notice the tension in the air. This love quadrangle gets even messier when Ben declares his feelings for Jim as well, albeit in a roundabout way. I have never watched a more tense confession scene in my entire life, where one person is too obvious while the other seems entirely oblivious. I appreciate Flo’s efforts to salvage the situation because Jim is set on sabotaging his current and future relationships.

The situation gets even direr when Olan decides to confess his feelings for Ben. To be honest, the confession is sweet, and Olan is quite sincere. I’m actually a big fan of Olan because he is sure of what he wants. Unlike Jim, who is pretty confused between Yana and Ben, Olan has no such qualms. He is ready to court Ben openly, and if this love triangle didn’t exist, I would wish that Ben ends up with Olan. They seem to make the perfect couple. But I’m not writing the story, so we are stuck with a manchild (Jim) who says the wrong things at the wrong time. After expressing his displeasure, Jim storms out of the party. Flo’s expressions are again contagious and the only saving grace in this disastrous scene. I feel sorry for Yana because she is completely oblivious to what’s happening right before her eyes. At least Olan has the upper hand here because he knows the truth and is ready to fight Jim for Ben’s affections.

And we have the most audacious love confession ever! Why do you ask? Jim literally destroys the restroom door, and Ben finds him in his room. At least Jim admits his shortcomings, so there is progress. The love confession is to the point. But I have obvious issues with later statements:

I think it should be the other way around, and Ben should be saying these things. I agree that Jim is displaying his fears related to Ben’s recent closeness to Olan. But does Jim have the right to say these things when he was literally flaunting his girlfriend in Ben’s face knowing about the poor guy’s feelings? He has been playing with Ben’s emotions from day one, so Jim is in no position to make these demands unless Ben forgives him. Also, I’m feeling bad for Yana because Jim just decided to move on with Ben. Shouldn’t he at least break off with her before claiming Ben as his own? As I said, I’m not a huge fan of Jim. This character requires a major upgrade.

The next week’s preview is sending me into trepidation. Leo is certainly not going to give up on Ben so soon, and once he learns that Ben is in a relationship with Jim, Leo will surely go berserk. What will he do in that situation? I’m actually afraid of Ben’s safety. Here’s waiting for the next episode with bated breath!