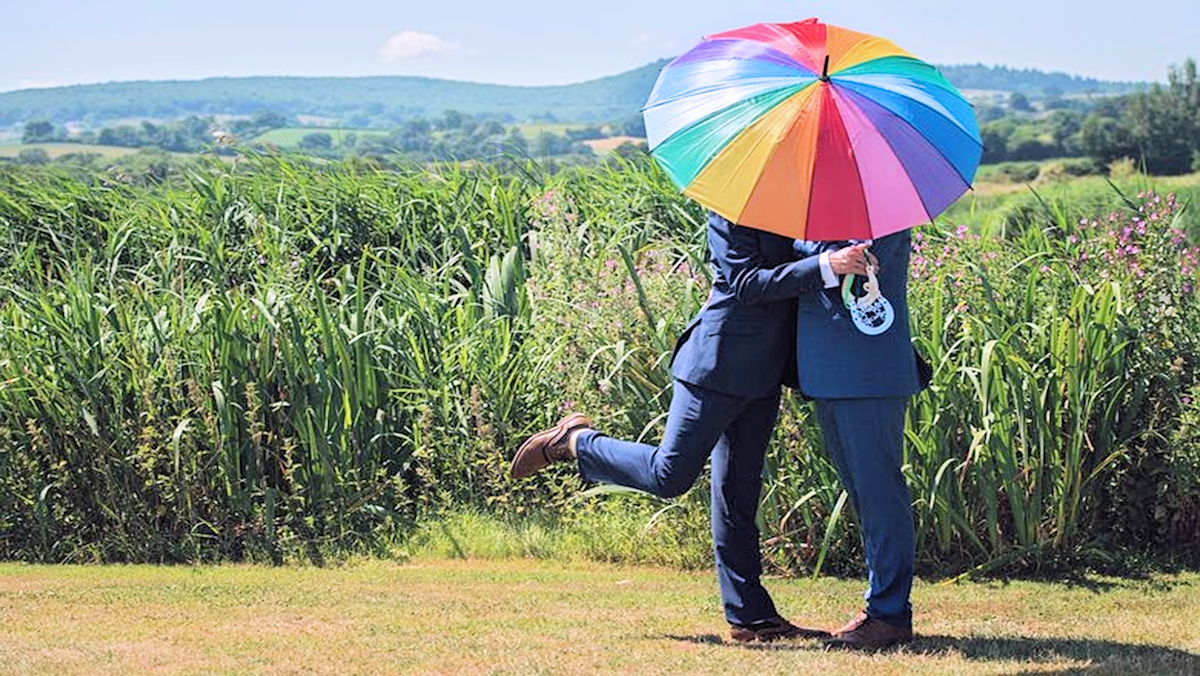 In the TharnType fandom that I find myself practically living in, since discovering Mame’s controversial LBC universe last year, a constant complaint I hear from a lot of viewers, especially Western ones, is this: the practice of calling the receiver or bottom, in an MxM relationship as the “wife.” I was curious to learn more because, as an Asian, it didn’t feel or sound like an insult to me. Granted, I am not a gay man, but as a queer woman belonging to a culture similar to Thai, I was puzzled why someone would take offense at being designated as the husband or wife.

Traditionally, the word “wife” was given to the woman as the world worked that way for a long time. The woman was the nurturer of all things home and hearth, while the man stepped out into the big bad world to earn a living and support his family. Women also earned by way of supporting the family—making sure the man can afford to step out when she took the brunt of the home care, childcare, and eldercare. She was just as likely to have a part-time job or to help in the family business.

The grievance is that when you call the man a ‘wife,’ it is an attack on his identity and his masculinity. I can certainly see the point there, and to some extent, many shows are guilty of showing just that. It is galling to see ignorant (or misogyny-afflicted) viewers use the word “wife” as one would a slur, be it may while encountering fictional characters or real gay couples. Then again, as in the case of cultural nuances, there are other considerations.

I have talked to Thai audiences of BL fare and was told that it is acceptable in Thai culture for the receiver to be called “wife.”

Let’s suppose a family publicly calls a man their “daughter-in-law” or their son’s “wife”; contrary to a knee-jerk reaction, it is not meant to box the newcomer into a feminine role or to deny his masculinity. Instead, it is to send a clear message into the immediate environment they live in. They are saying that the person is now a part of their family. He has taken the role of their son’s or brother’s life partner. Watch what you say about him or how he is treated because the family has embraced him as one of their own and will not hesitate to retaliate if any are found to mean him any harm.

For most progressive minds, this reasoning is flawed. Why does one need to conform to how society dictates? That is just an oppressive mindset, isn’t it? Normally I’d agree to that too, but, again, in Asia, it is mostly “we” before “I,” unlike the liberated Western way of living. Living in most Asian societies is attuned to the communal needs rather than the individuals. And in a patriarchal, homophobic sovereign like Thailand, where the population is largely het, there is a necessity to define certain things in a socially acceptable way.

And, of course, there’s also the often thought-provoking question: can a non-Thai audience really comment on what another culture, of which they know very little of, should or shouldn’t do? Sometimes even Google research is not enough to understand cultural intricacies.

Furthermore, when one considers certain Thai BL storytelling narratives (or any story/show, really), context is very important. Yes, there are those clichéd shows which depict the receivers as a cute, simpering type. Thankfully, that is no longer the norm. Newer releases like KinnPorsche, I Told The SunSet About You, and Manner of Death feature bold, smart, and complex characters as the receivers in a BL pairing. Take the TharnType series.

Protagonist Tharn Kirigun’s constant feminization of his lover/life partner Type Thiwat sounds irksome, but a clearer picture emerges if one were to look deeper.

At nineteen, Tharn may have more experience in love and sex than most of us do, but he is a product of his upbringing in many ways. He is characterized as someone trapped in a traditional hetero-normative model, even while leading life as an out gay man. Though Tharn is half-white, he was born and brought up in patriarchal Thailand. He may come from a liberal, upper-class family having no problem with him when he came out of the closet, but still disapproving when he chose to study music instead of taking over the family business.

Tharn grew up watching his parents’ picture-perfect marriage. His father is in the music business, and Tharn is a musician himself; sons imitate fathers. As a young 19 yr old ‘top,’ Tharn has patriarchal notions on who is the “woman” in the relationship, and it certainly wasn’t him. He has this visceral need to play the stereotypical “I have to be the one taking care of my wifey” role in all his relationships. This need is especially obvious when fate or destiny pairs Tharn with the brash, hot-headed footballer-roommate Type, who has problems of his own with his internalized homophobia and unresolved PTSD.

Canonically, Tharn’s past lovers have always been demure, cute, and petite. In the end, Type, who does not fit that description physically or fundamentally, wins Tharn’s heart by triggering his protective and, dare I say, patriarchal instincts. Type, a strapping young man who has no hesitation using his fists, needs no protecting. Of course, that does not stop Tharn from role-playing in the only way he knows – he hubby, Type wifey. He Tarzan (or maybe something even Neanderthal), Type Jane.

In both the novel and the show, we see Tharn calling Type wifey as often as he could and trying his best to place himself and force Type into a traditional marriage paradigm – being the richer person in the dynamics, he pays for everything, which often leaves Type frustrated and feeling inferior. (Type often rebels against this in his own way but is never above using the term wife to apply to himself if it serves his purpose, but that’s another story!)

When it came to “domestic” matters, the stereotype was alive and well in TharnType story. In the kitchen, Tharn is notorious for his inability to cook – an often accepted Asian apologist sentiment about the ‘men of the family .’ They just don’t have the cooking ‘gene’ as it is the ‘domain’ of the softer sex. In TharnType, it is Type who cooks and keeps house for them both while also working full time as a physiotherapist.

It is not all gloom and doom, of course. As the story progresses in the novel, the incredibly flawed Tharn undergoes a torturous journey as he navigates the landmine of long term relationship with his own insecure, jealous nature. He eventually matures enough to let go of his boorish, out-dated expectations. In the climax chapters, we find Tharn respectful of Type’s stance: the latter wants neither a legal wedding nor children, but just to be with him for the rest of his life. It’s a radical, uncommon ending in the genre, and one I rather admire.

The series TharnType 2: Seven Years Later, though, opts to go ahead with a more socially accepted ending for the damaged heroes, much to the delight of its dedicated audience who’d accept only a wedding as the ultimate HEA for their OTP (especially if it is a #mewgulf one! Fandom expectations need to be considered too while adapting a book for a second season, when two globally popular idols play the protagonists)[a]. And there’s a nice redemption arc there, one that had its own happy resolution.

Throughout the show’s Season 2, Tharn repeatedly proposes to Type, saying “I want to take care of you.” And Type responds, or rather rejects, in his typical fashion!

It is often hard to change cultural norms ingrained in one’s psyche; that’s why it’s a sign of great character development that towards the end of the series (S2E11), Tharn proposes yet another time, with the line: “Type, I want to take care of you and I also want to be taken care of by you” and that is when Type actually agrees to marry him.