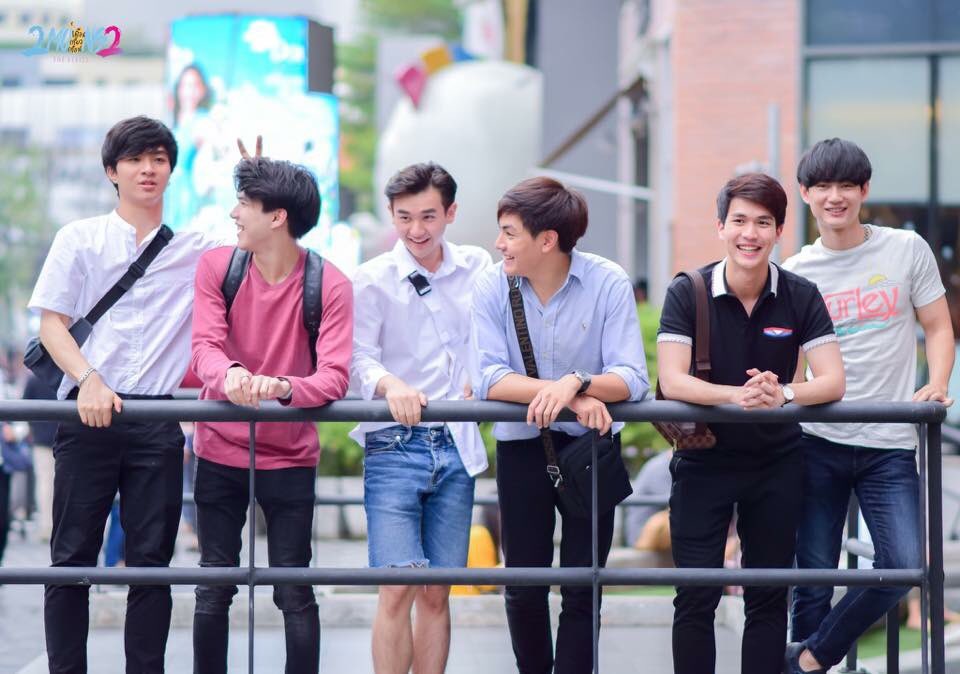 Director Aam Anusorn Soisa ngim has made quite an impression as he spearheads the rise (and further rise) of Thai BL series by directing 2Moons2, a show that rivals the best of BL shows for 2019 and earlier. The new series is now being anticipated for fresh materials come Episode 5.

Update: Premiere episode [or Episode 0 as it was described by the team] is slated for June 22nd! A teaser trailer has just been released! Dir. Anusorn and the production team has released the trailer! My reaction to this video after the jump!

2 days to go before 2moons2 the Series Episode 0 airs! Here’s the video clip of the OST (featuring August!)

Dir. Anusorn offering tips on the upcoming series and how much he respects and values the international BL fans:

Guys, don’t worry about English subtitle. They will have it for international fans and They going to upload on YouTube at the same airing time in Thailand. So you guys will see the series right on time. #2moons2 #2moons2army

The teaser that made people do a 360-degree turn for the positive!

My reaction: At less than a minute, the teaser trailer for 2 Moons 2 The Series has encapsulated a series of emotions about young, pure love between boys. It’s highly-charged, emotional, even sentimental as we are introduced to the characters. It’s classy, subtle, yet intense (even explosive) the way Dir. Anusorn puts the characters in their perspective.

I love the Ming-Kit conversation about the Earth-Moon relationship. It shows substance – how they elevate a mere ‘earthly’ relationship into something heavenly. Dir. Anusorn also informed the 2Moons2 audience that he added the dialogue to the script. It gave the budding relationship more drama and romance. I have been very vocal about my admiration for Joong Archen. He has that undeniable appeal of a bonafide movie star.

Benjamin Brasier is also slowly and surely growing up on me. I find his appeal to be that of someone who may appear simple at first, but then he is complicated and has more than what ‘meets the eye’ in the first place. I admire the new cast – they have plenty of star potential, but more importantly, they don’t look tentative and amateur. What we have here are actors who can potentially move the audience to tears and romantic glory!

Earth Thirapat Reungritkun brings in another sort of intensity. This time – sentimental, emotional outburst that further endears him to the audience. He may not win in the ‘looks’ department versus Bass (the first Wayo), but he certainly has outcompeted him in the acting department. I know that Bass has greatly improved his acting (Two Brothers is a good case in point) but Earth has this certain intensity that can drive people mad. That is something an actor can’t learn in workshops, it’s something inherent – that’s what you call talent!

Not to be outdone, Forth-Beam also offers something for both fans and skeptics.

I can’t wait to do an episodic review of this series!

Here’s what we know so far about 2Moons2 The Series:

Here’s a summary of what the series “maybe” about:

Wayo is accepted at the Kantaphat University, in the Faculty of Sciences; in the same institution, he studies, Phana, a second-year boy he has always been in love with, though he never managed to talk to him. When Wayo has the chance to become the “moon” of his faculty, the two will begin to spend time together because Phana himself has been the “moon” of the medical school the previous year and must supervise the freshmen participating in the competition. Despite initially the strong character of Phana makes it difficult for Wayo any more simple interaction, the two slowly get closer and closer. So, Wayo began to visit friends of Phana, Beam and Kit; it is the latter who suddenly falls in love with Ming, Wayo’s best friend, who begins to court him despite his initial haste. [source]

The recent posts about the series:

The first episode of this show will premiere on April or around that time and I’m directing all 12 episodes! Big work but I having fun already!

Dir Anusorn – known to be quite expressive about his feelings and also for saying what’s on his mind, tweeted some thoughts about the cast:

Forth X Beam, There is something about learning, accepting and becoming who you really are and get ourselves to be loved, to be honest, and to care for someone and to know that Love has no lebels #2moons2 #2moons2army #2MoonsTheseries #MotiveVillage cr: @MelloThailand pic.twitter.com/I00J1TfkR4

PANA X WAYO this couple makes us believe in love. It taught us how to be patient and it doesn't matter if your past is bad, there are always one place in your heart that waiting for love ❤️ this couple already proof it. #2Moons2 #2Moons2army #motivevillage cr: @MelloThailand pic.twitter.com/vxcnj7drHv

I’m already quite biased towards Joong Archen! I find him to be one of the most charming BL actors in Thailand today. I don’t think I’m alone in saying he has a magnetic personality!

Ming X Kit bring up another levels of Romantics. Its something real that you can feel more than you can see. #Love #2moons2 #2MoonsTheseries #2moons2army #MotiveVillage #MelloThailand pic.twitter.com/mVeYjab3PO

Recent casting news about the first season was posted by LazySubber:

Of Motive Village (one of the producers)… Seems like they’re in a bad place due to the contract with CCDM. The actors signed a contract for all 3 seasons WITH CCDM. Then CCDM and MV had a problem with each other, which ended with MV got the copyright of 2Moons and CCDM the actors. [source]

Which means there are new actors in the cast!

Benjamin Brasier, who was chosen to play the new Phana (previously played by God Itthipat Thanit) took to Twitter to interact with the 2 Moons Series fans and BL watchers. That’s quite a daring (and brave) thing to do!

I’m not much of a fan of the old cast. I find the two lead actors to be lacking in chemistry, though certain scenes have endeared them to BL fans already.

Aside from the ‘ruckus’ made by misinformed fans of the series which targetted the new actors, another controversy has appeared, courtesy of the previous series crews. I think we have enough drama for now, and it’s a good thing Mr. Anusorn refuses to give way to the hate.

I find it funny that fans of the original series are saying they are no show for the series’ premiere. As if they matter. These are clueless international fans who matter little in the grand scheme of things.

Looking Back and What’s Ahead: Here’s an excerpt of my review of Season 1:

Adapted from the BL Novel “Two Moon” by Chiffon_cake, 2 Moons The Series (2017) is about a puppy love that turns serious. The series also explores campus idols, popularity contests and plenty of rivalries on love and affection. [read more]

Benjamin (behind) and Earth are cast to play Phana and Wayo respectively in 2 Moons 2, the series.

There are plenty of factors to make a successful series – a director with a solid background and will not lose control, a tight script (not really award-winning or critically acclaimed, but decent enough – logical enough) and a good cast (who can be trained properly).

For 2 Moons 2 The Series, we’ll just have to wait and see.