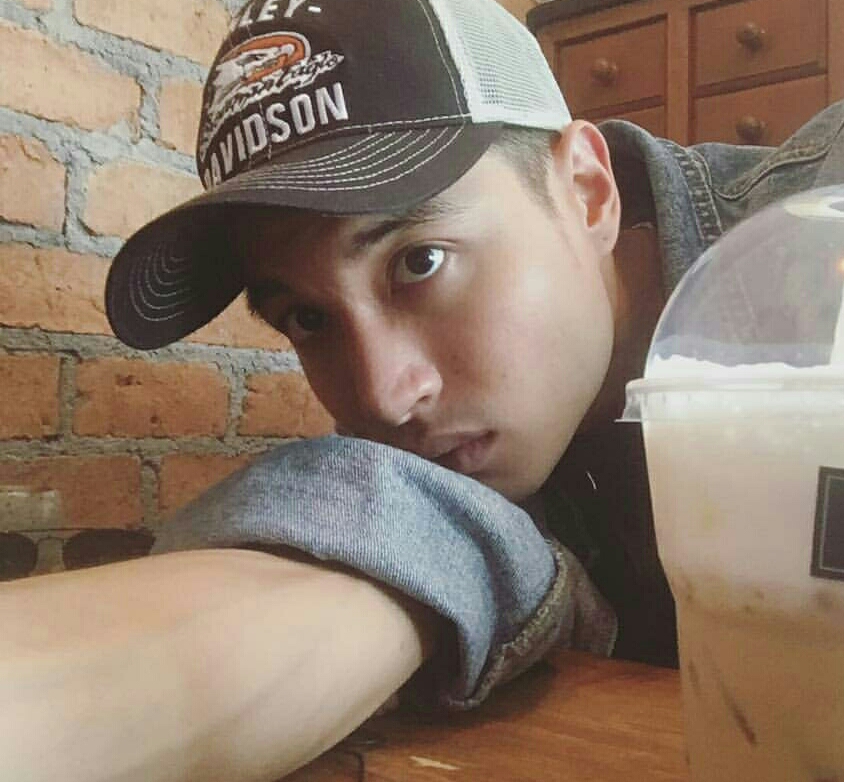 Ice Adisorn Tonawanik or simply Ice plays one of the leads in the film Present Perfect (and its sequel Present Still Perfect.) It went viral on YouTube via word of mouth.

With an amazing acting skill for a newcomer, his depiction of a lonely guy vacationing in Japan brought tears to my eyes.

A protege and friend of acclaimed Thai filmmaker Dir. Aam Anusorn, Ice’s character, Toey, is his exact opposite.

Right now, we get to know him up close and personal which is nothing short of awesome!

Director Aam told us that you and him are already friends before the shooting of the first film, Present Perfect. Being friends, was it easier or harder for you to be his actor?

Actually Aam and I became friends because of work and we became close friend because of work as well. It’s so easy working with him because he always speaks his mind, so I knew exactly what he wants.

He is also open to my ideas. We talk straightforward and that makes everything easier.

Another reason is that I used to work behind the camera, so I know the basics of making film. I’m a film student so I have no problem working as an actor or part of production at all.

Playing the fictional character of Toey (who is actually Dir. Aam), what is the easiest scene you did in the first film? Which are the most difficult scenes?

Every scene that I have to speak English are the most difficult. 😁😁

I’m not good at English and Toey’s character is Aam and he’s a good English speaker.

The scene that I expected to be difficult but turned out to be easy is the truth or dare scene. It requires long conversation and lots of emotions. Aam let us play along with the characters and told us not to think too much of the script. I felt like I was Toey on that scene.

Tell us something you want your fans to know about you?

I used to be a person who assume that a man has to be with women only. But after I got the role in Present Perfect, I believe that love is just a feeling.

A man or a woman – it doesn’t matter at all. Even now I don’t care about the body, the look. All I care is the inside of that person.

Are you a moody person?

It doesn’t mean I don’t want to talk, I just don’t know how to start talking. The thing is, when I get to know people and start a conversation, they might tell me to shut up. 😂😂

Tell us what particular place in Thailand you love the most? Tell us places that you want your friends and visitors from other countries to go in Thailand?

There is the mountain called “Phoo Ka Deung”. I use to go there when I was a kid. You have to climb up and when you reach the top, you will feel like you are the champion of the world.

It takes a whole day to reach its peak but the view is stunning.

Are you a coffee guy? What are your favorite drinks and food?

How is Joke Kritsana as co-star. Do you have the same attitude? Is he more talkative and active than you or the opposite?

We have a lot in common.

Firstly, we both are not the type of person who gives up easily. For example if Dir. Aam didn’t like the way we act, we weren’t upset or anything, we just tried harder and harder.

Joke was paying a lot of attention on his role. He likes to ask me a lot and we both like hmmmm I don’t know what its called but when I wasn’t in the mood, Joke will be the one who cheer me up and when Joke wasn’t, I try to do the same.

We never make each other worry, we are just happy working with each other.

Was it easy or hard to kiss another man?

I had to admit that the first time I kissed Joke, it was hard and I was nervous. I never kissed a guy before.

The first kiss on Present Perfect was very fresh and unrehearsed. Aam wants the actual reaction from me so it was real. 😂😋

For Present Still Perfect, we had lots of kissing scene and its kinda fun kissing Joke! hahaha so I felt fine and was comfortable than in the first movie.

Do you have a dream role? If given the chance what kind of role you would love to play in a movie?

I want to be a farmer living outside of Bangkok 😁😁

I want to try every role if I can. It can be dramatic or comedy. I’d love to do both.

What is your favorite movie? If given a chance, would you like to become a director?

I am Sam is my favorite movie and I like to become a director.

Do you have any messages to your fans?

I want to say thank you to you guys for always supporting us. Because of you, we have Present Still Perfect.

You guys have been encouraging me. Present Still Perfect is the hardest work I have ever done. For the fans, I could do everything and I’m sure you will smile more, cry more after watching the new film.

Don’t forget to invite your friends, your mom, every single people around you to come and see this film.

The Psycho-Milk team thanks Ice and Dir. Aam for making this interview possible.