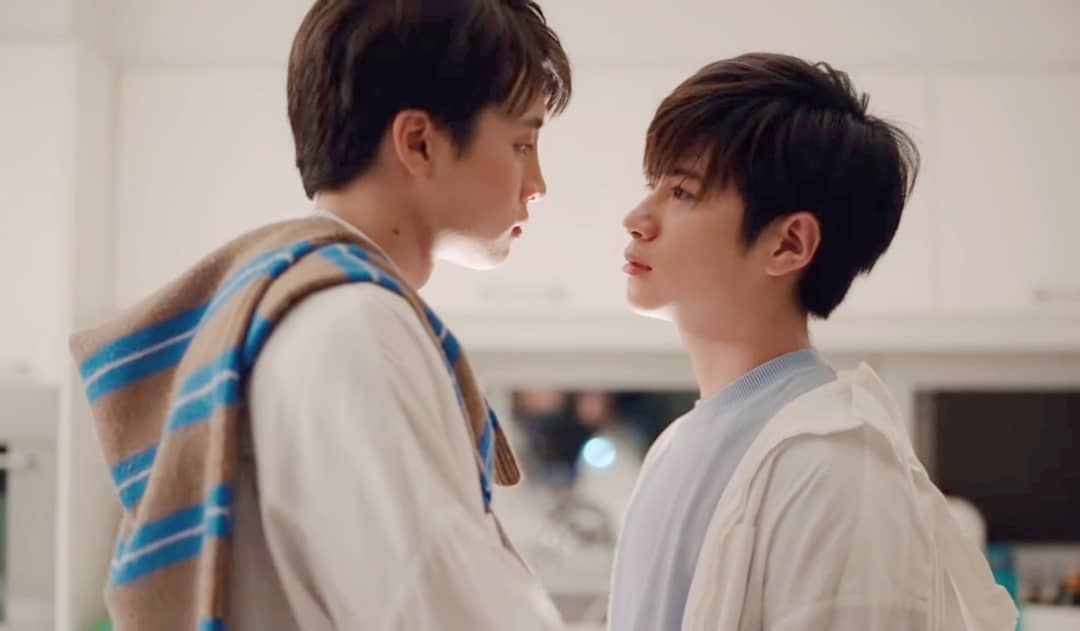 If you wonder about the title, it’s the combination of a couple named Two (Mean Phiravich) and Wish (Plan Rathavit).

Two and Wish are adjusting to the “married” life. They follow a proven formula where one has to work and the other has to do the house chores.

Two is a creative planner and often has to deal with clients in a – more or less – personal level. Wish waits at home, looks for a job and attempts to fulfill all domestic endeavour.

A conflict ensues where both Wish and Two have to test their resolve if they want to continue as a couple.

As a fan of their acting in Love By Chance, I look for other medium where both can show their progress in perfecting their craft. Unfortunately, this is not the right project.

So lets get down to it:

The reason why both actors amass a huge following is that they connected thru their characters. It works in Love By Chance but in 2Wish, it was a dismal failure.

Plan was perfect as Cantaloupe. There is no other actor who can do better. As Wish, he is not fierce enough to be convincing. Therefore, acting becomes a caricature.

In LBC, Mean was also deeply in touch with his Tin character. In this mini-series, he tries hard – almost desperately to conform to the character – but fails.

You may want to see how I review a precursor to this mini-series called Reminders. My initial impression is that Mean delivers on the performance. But the follow-through did not progress as I expected.

The reversal of roles did not work here.

One of the director’s biggest challenge is to guide his actors and control their performances. This mini-series is loaded with overacting that it levels down on believability.

A hybrid BL romcom such as 2Wish could have been done better if they focus on one objective alone.