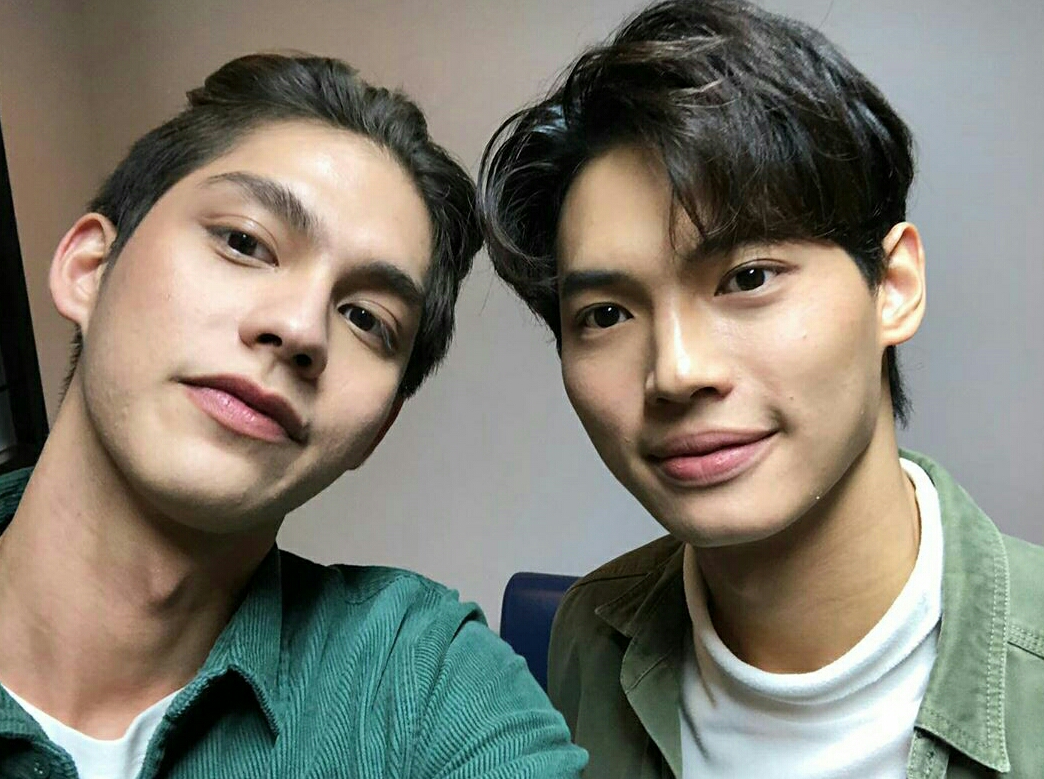 When He Stares At You – 2gether the Series [Opinion]

A while back, a blogger friend posted a survey poll. The survey asked what is the main element that is making people go ga-ga over 2gether the Series? Is it acting? Aesthetics or production? Before I even answer that, let me bring you back to late last year when GMMtv, arguably the forerunner of Thai BL in terms of the sheer number of BL content they produce each year, released their offerings for 2020. International BL fans were ecstatic.

2019 had great shows. However, from the new teasers, 2020 promised even to be more stellar. Fans were growing in number, and while there were highly anticipated ships being teased, there were a few new ones that were beginning to illicit a growing amount of attention from BL fanatics. Being one of them, I was hungry.

Who wouldn’t be? The 30-second teaser of 2gether the Series gave me goosebumps! Who gave the green light to have these actors star in a BL series when they looked like they just fell from heaven? I was curious who they were; both were newbies in the BL universe.

Research showed me that one of the leads, Bright Vachiravit, was a child actor from a family with an inclination towards music; his co-star Win Metawin, a relatively new actor, had modeling experience and a few other “exposures’ under his belt. The question is, could they pull it off. Digging further showed me that the Series was an adaptation of a novel by @JittiRain12, the same author who gave us the angst-ridden Theory of Love. Based on the few seconds of exposure that GMMtv gave us, it looked like they could act. What about onscreen chemistry then? And would they succumb to fanservice?

While its not known if Win is in a relationship, Bright was very open about his relationship with his longtime girlfriend. And in the BL fanbase, it’s usually a bad idea when there is a girl in the picture. Will future fans accept the distinction between character and actor?

I had my doubts if GMMtv made the right call in casting newbies for a project that looked so promising; and one of them with an attachment to boot. Luckily, or should I say – in a brilliantly conceived marketing strategy, the side couple teased was @FThanatsarun & @Drake_Laedeke.

From their performance in Our Skyy Ep 3, these two young men needed a well-executed break to showcase their innate acting prowess, something they did not receive in their first series outing, My Tee [‘Cause You’re My Boy (2018)]. With another ship on the show and a host of other familiar BL faces, 2gether heightened my excitement while the question as to the viability of the main couple still whispered doubt in the back of my mind. 2gether the Series started airing when the fandoms were busy squabbling over which was the best Series of the year. It was still the 1st quarter of 2020.

Everyone had their favorite. There was TharnType filling Monday nights with sarcastic, pseudo-BDSM, Hate to Love in all its glory. Wednesdays were heated up with HIStory3: Make Our Days Count (2019) before it was snuffed by salt, literally. Until We Meet Again gave tears by the bucket and WhyRU the Series was slapping everyone with clichés.

How could 2gether the Series compare? The story was typical boy meets boy drenched in saccharine cheesiness brought about by a torrent of Scrubb love songs. Little did everyone know that from those almost cringeworthy lines and sharp jawlines of the two main actors, the BL universe was being shaped anew. Soon, memes were proliferating all over social media; shared by both heteros and members of the LGBTQ+ communities. BL was finally getting mainstream notice, not only in Thailand but across the globe. The names Sarawat and Tine became famous by word of mouth.

The pull was not the story, nor is it really in the uber-handsome faces of the actors that portray these characters – it’s in the chemistry that the main actors exude that transcends through the screens. It’s in the gaze that Sarawat steals across the room while Win is clueless. It’s Tine’s panicked smile while his eyes gleam with the sheen of anticipation. 2gether may be a simple story, but the impact it is delivering is changing landscapes and opportunities for the BL genre. Hell, even my straight, teenaged, male cousins know of Sarawat and Tine.

Never have I seen a growth in interest for a BL series across all demographics as the one I see now with 2gether. Unknown to most, it’s even opening doors for the production of locally-based BL series in other parts of the world. In the Philippines alone, there are currently five series in various stages of pre-production work, all thanks to 2gether. The networks and producers are opening their doors simply because they themselves are hooked as Sarawat and Tine continue their goosebumps-inducing, guitar sessions every Friday night.

So, going back to the question of what makes 2gether tick? It’s neither of the choices. It’s not the actors because I can count with all my fingers on both hands actors who would be more adept in delivering these lines. It’s not the story either as this is a dime a dozen. Perhaps, it could be the production or the producers – if I may say. But it’s not really that. Ultimately, it’s that instant when Sarawat gazes into Tine’s eyes, and you as an audience feel something. Its the connection blurring the lines between make-believe and reality.

What slams like a sledgehammer to every fan, both veterans and the tidal wave of new ones, is the thick and almost viscous chemistry that ignites the screen from as little as a shared look. Win’s acting isn’t award-winning material, don’t get me wrong; he shines every time he’s onscreen. Bright’s acting may be subtle, but if you remember from the very first episode, you will see that Sarawat is not an actor but a university student, a football player, pining for someone he felt a pinch of feeling from a shared musical experience.

All that being said, as simple as 2gether the Series may be, it’s how it touches us that allows it to continue to amass new fans with each episode. As the finale nears, prepare, because a whole new world of BL opportunities has just begun like the opening of Pandora’s box.

Only time will tell if this ship will become a full armada, but as early as now, let me just tease you with this – things are about to be better. And finally, maybe all of us will share something that will gel us all TOGETHER! #2gethertheSeries.