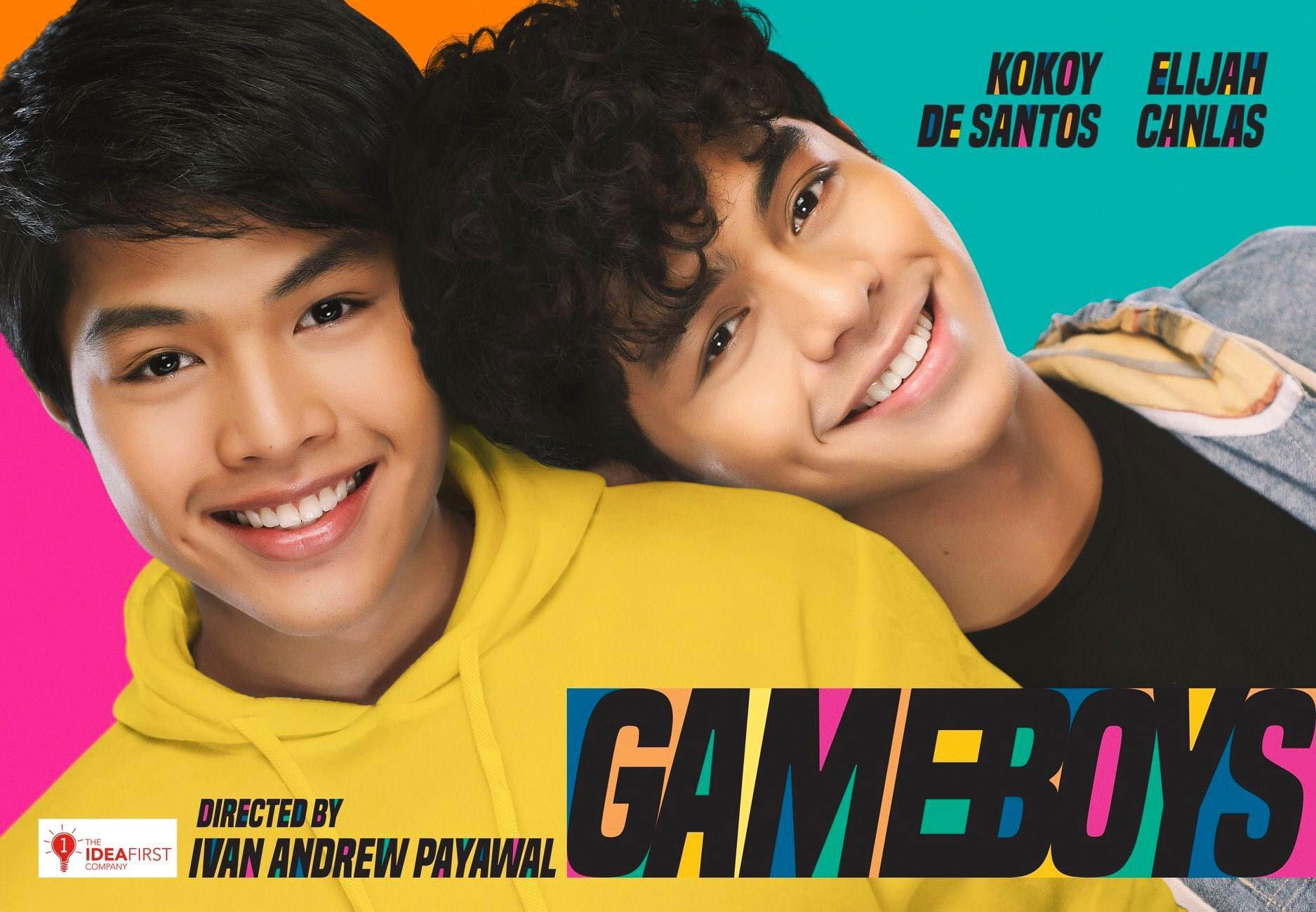 There have been countless, independently produced films in the Philippines that featured LGBTQ+ characters. Some will even argue that there were previously shown series that could be labeled as Boys Love, GMA’s My Husband’s Lover being one of them. But, Boys Love as a genre is different from queer media – as our blog has been saying time and again. In a nutshell, Boys Love is a fantasy world where love is blind to gender and that it’s perfectly natural for boys to fall in love; albeit, hesitantly at first for most of these stories.

Across PsychoMilk’s social media platforms, we are always putting out feelers and teasers about purely Boys Love series that are soon to come from Filipino filmmakers. Never did we realize that we would be blindsided and surprised that it will be much sooner than we thought.

From the makers of the hit gay films Die Beautiful, Born Beautiful and The Girl Allergic to Wifi (all streaming on Netflix) comes Gameboys. This coming-of-age tale of two young men who will obviously, eventually fall in love was written by Ash Malalum and Directed by Ivan Andrew Payawal.

In a conversation with Ms. Jen Mauricio, line producer of the series, PsychoMilk asked about the inspiration behind the series and why now? She said, “When Metro Manila was quarantined because of the ongoing pandemic, the creative minds behind The IdeaFirst Company continued to meet through online meetings and the initial concept of creating a series that featured a boy-loves-boy story was born.”

This was not surprising since a lot of the creative minds behind the company are fans of BL stories that have continuously been gaining popularity in recent years.

The series, making its debut at 8:00 PM, Philippine Standard Time, May 22, 2020, on The IdeaFirst Company ‘s YouTube channel stars Kokoy de Santos from the award-winning film Fuccbois and Elijah Canlas of the critically acclaimed Kalel 15.

Elijah Canlas plays his first lead and title role in “Kalel, 15”, the film that bagged its director, Jun Lana, the best director award at the Tallinn International Filmfest in Estonia. You can read more here!

Despite the challenges encountered during the shoot, which was done while most of the country was under quarantine protocols, the production team was able to hit their target dates – making this series as the first Boys Love show of its kind ever done by Philippine Entertainment. Of course, a lot of pseudo-boys love works have been done in the past; notably, the Hanging Out series by Petersen Vargas in 2016 among others. We are pretty sure this will not be the last as production companies are currently working on various projects that will be released in the next weeks and months to come.

Kokoy de Santos plays Miko, the younger among the two boys in the acclaimed film Fuccbois. He started a bit earlier than costar Royce Cabrera but is seen at ABS-CBN too. He has this exuberant personality and it shows when he makes a music video.

In an interview, Direk Ivan Andrew Payawal said that it was the popularity of the Thai BL series 2Gether The Series from GMMtv that got him interested in Boys Love. Having been introduced to him by the writer of Gameboys, Ash Malanum, Direk is not sure if their series is actually pioneering in the country, stating that other coming of age stories of LGBTQ+ characters have been done in the past, it is just now that there is a labeled niche in which most of these are categorized. In one of their creative discussions, the challenge on how to present a Filipino story in this genre to the world was the initial push that helped the seed of Gameboys grow. The concept of the story is ultimately in the question, “How do we continue connecting to people during a crisis like this?” And so, the story grew.

The director stressed that the young boys cast as the characters in this series worked hard for this, a testament of them being professional and passionate artists. Since they were shooting from their homes, it was a challenge that both embraced.

The director further claimed, and I quote, “There is always “kilig” (fluff) in this genre and I think that’s why we love it so much. But more than the kilig, Gameboys is a simple story of two people finding a connection and I think people can relate to that, regardless of gender.” Make sure to subscribe and hit the notification bell of IdeaFirst Company’s YouTube Channel to be updated with the series uploads.

The Psychomilk team is especially thankful to The IdeaFirst Production Company for this opportunity to feature Gameboys!