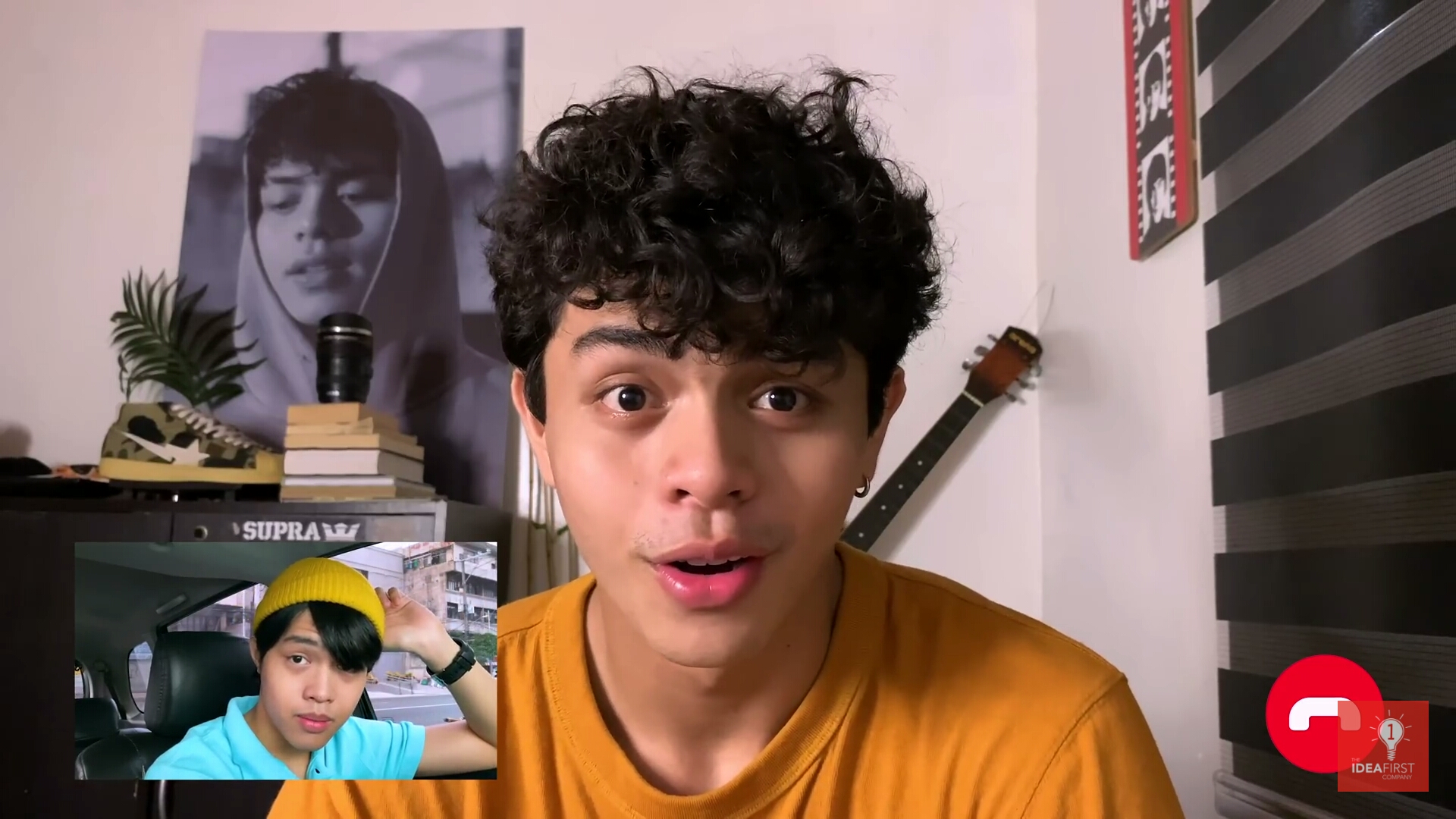 Episode 2 comes after a revealing premier episode that saw BL watchers getting acquainted with this uniquely produced BL series. BL fans who complain about the ‘random’ announcement of episode changes should bear in mind that the restrictions in Manila have kept the production crew walking a fine line. Kudos to IdeaFirst Productions for finding the best way to shoot, edit, upload, and promote the series.

At less than 20 minutes, Gameboys Episode 2, comes up packing many punches in such a limited time. While other production companies, particularly in Thailand, brave the pandemic with actual shooting and physical distancing, Gameboys offer an alternative, albeit, safer and innovative, and underutilized way to tell its story.

Before my review, let’s go back to what the series is all about:

Gameboys The Series follows the carefree lives of two young Filipino gamers Cai (Elijah Canlas) and Gav (Kokoy de Santos). The boys become ‘acquainted’ after competing in an online game where the relatively unknown Gav won over much-touted Cai. In the Philippines, young boys such as our main characters compete as a team or as individual players in such games as DOTA or Mobile Legends. Some Filipino gamers have won huge prizes in recent international tournaments.

With Gav becoming more obvious and aggressive of his intention to ‘court’ Cai, the latter launches his defense mechanism of denial and employing ‘trash talk’ unsuccessfully amidst Gav’s sweet gestures and genuine concern. After losing the bet, Cai gets to know Gav better as they spent most of their days chatting. Gav lives independently as both parents and the grandmother who raised him have died. Cai, on the other hand, appears alienated from his family – with various hints of him being a ‘rebel without a cause’ or simply being a normal kid – angsty, rebellious, prone to gimmicks (playing around), and without much direction in his life. The underlying issue is of his Dad being positive of COVID-19 and it brings home the message of what the pandemic has done to families around the world.

“There is always “kilig” (fluff) in this genre and I think that’s why we love it so much. But more than the kilig, Gameboys is a simple story of two people finding a connection and I think people can relate to that, regardless of gender.” |source|

As shown above, Cai is already affected by the attention of the other boy, yet it was Gav who appears sensitive to his feelings, by not being a show-off. The big difference between being genuinely in pursuit of another person is a lack of pretense. Gav is apparently not relying on social media to get Cai, but rather aims for full-frontal assault as he chases the other boy by himself.

However, Episode 2 leaves us with a cliffhanger. Who is the girl using Gav’s laptop? Is this a game of love or something else? “Babe?”