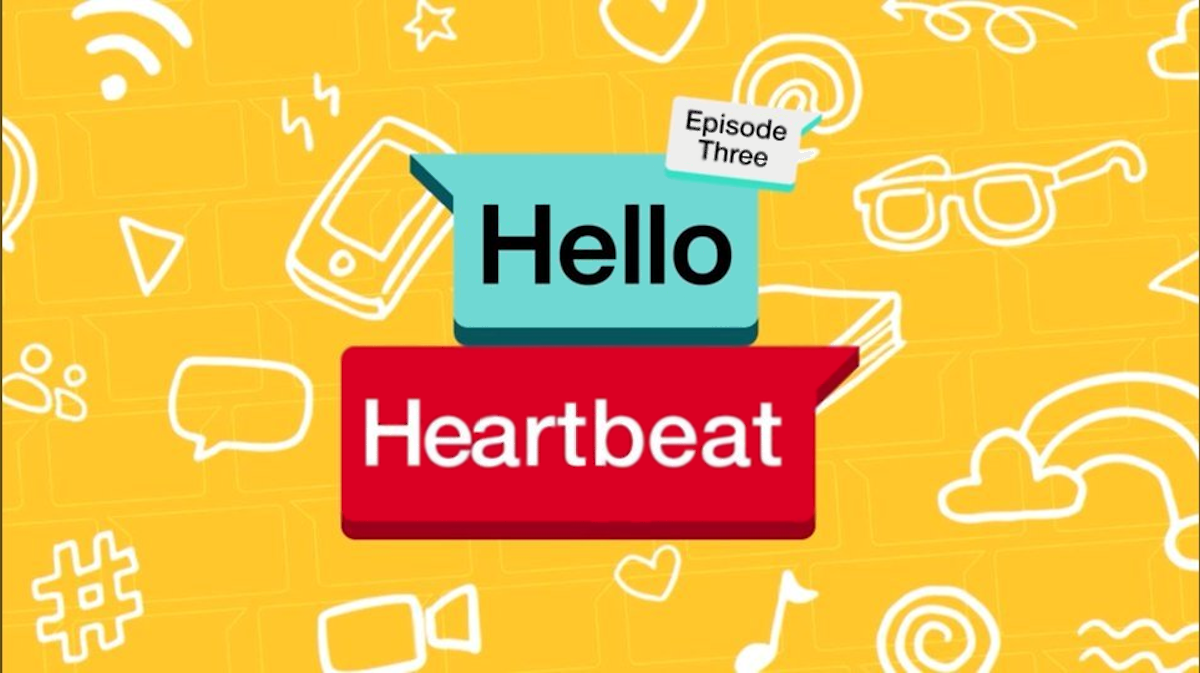 Black Sheep, ABS-CBN Films’ sister company has certainly struck gold with its latest BL offering, Hello Stranger. The show’s increasing popularity can be attributed to its unique marketing online as well as the main lead’s sensual chemistry. With a vibrant cast that holds and captivates your attention, the center point remains the strong message delivered by the sitcom’s producers “Love is Love is Love.”

Heartache and hope often go hand in hand. This episode, we have a heartbroken and morose Xavier up against the adorable Mico trying to cheer him up. The episode ended on a cliff-hanger, which caused a major uproar amongst the fans, with them demanding affable “Mico” is protected from any underhanded tactics that Xavier might be using. I’m curious myself because a love confession never happens so soon in the genre. So, what happened in the current episode that caused such a ruckus? Let’s review and find out.

They are totally ridiculous, but whatever, they are the “Young Padawans.” The group is trying to have an online workout and are goofing around. Junjun proposes that they check their heart rate first. All four register normal heart rates, but as soon as Kookai mentions Xavier, Mico’s heart rate suddenly spikes. He is utterly confused while the others notice his obvious lack of comments on Xavier. Mico opens Xavier’s IG account, and checking his pictures again causes his heart rate to go up again.

Xavier’s now ex, Crystal, officially announces on social media that she’s broken up with Xavier. He is quite distressed by the news and goes through various stages of denial. Mico sees the Facebook post as well and thinks of messaging Xavier. But he is unable to decide what to say and deletes the message. Xavier, on the other hand, seems to be going through the motions of separation as we hear his thoughts, and finally, he admits defeat.

Finally, after reading Xavier’s post, Mico decides to message him. Xavier video calls him and asks for company to watch a movie together. The way Mico smiles hesitantly, it seemed like someone handed him the entire universe. They end up watching some sad movie, but it’s more like Xavier is watching the movie while Mico keeps watches Xavier. Xavier catches Mico staring at him, and Mico’s reaction is priceless. Watching a heavy-duty emotional scene makes Mico cry, and he admits out loud that (as his private coping mechanism) he is craving Milk Tea. Xavier can’t help but laugh at his adorable antics.

They have a conversation later where Xavier teases Mico about being relating too much with the heartbreak scenes. Mico refutes, saying that he was crying because he couldn’t relate to them. Xavier asks him why he has never been in a relationship, and Mico honestly admits that he is scared. Mico’s father leaving his mother devastated her, and she is still going through the cycle of grief to this day. Xavier is surprised that he is only thinking about the possible heartbreak. According to Xavier, the best part of being in a relationship is the surprises, and as he describes it, you can see Mico’s heartbeat increasing.

They both have their scheduled meeting the next day. I’m guessing it’s reality and not some ominous dream. The meeting starts with Xavier flexing his arms while Mico tries to avoid looking at the said “flexing.” Xavier is suddenly overtly flirtatious as he asks Mico to look at him and inquires if he makes Mico uncomfortable. Mico drops his notepad and pen when Xavier shockingly asks him about confessing his feelings. Then casually asserts that he feels the same. The episode ends on the major cliffhanger as Xavier utters the magic words “I like you” to Mico.

I’m having heart palpitations. How can they leave us hanging for a week with a goddamn cliché cliffhanger? Let me pour out my feelings and frustration. I’m entirely enjoying Mico’s confused and hesitant reactions to his apparent attraction. The scene where he has a work out session with his friends was quite self-explanatory. He certainly didn’t like Xavier before, but things have obviously changed. I’m guessing the attraction is based more on the mutual understanding they are developing. Obviously, Xavier is hot, and that counts as well.

Mico has a caring nature, and maybe that is drawing him closer to a distressed Xavier. He wants to reach out to him but is also unsure about Xavier’s reaction. Or maybe he is unsure about his own feelings. But his concern for Xavier obviously wins out overall, since he reaches out first and shows his support. Xavier, as of now, is going through the phases of separation. It’s hard for him to accept the reality of being single with no one to talk to. I guess that’s why he finds comfort in talking to Mico. While Xavier is beginning to see Mico as one of his close friends, I’m sure as of yet that he doesn’t have any feelings.

This might turn into a sticky situation because the movie date seemed hella romantic when you see it from Mico’s POV. He loves observing Xavier but won’t be caught dead admitting it. Xavier finds his innocence refreshing, and that is exactly what lifts his somber mood. I was also surprised by how easily Mico’s shared his insecurities with Xavier. He is afraid of being hurt even though he has never been in a relationship before—the melancholy strikes when Xavier, who is obviously heartbroken, tries to convince him otherwise. I enjoyed watching this scene because although Xavier is experiencing pain, he still hasn’t given up on love.

The last scene confused the hell out of me as well as the fans. Firstly, it doesn’t seem like Xavier’s normal behavior. Yes, he is flirtatious but not to this level. Their relationship hasn’t reached that point. So, I’m guessing it is a dream sequence, or it’s just Xavier teasing Mico as usual. I’m anticipating the next episode with bated breath.

Keep watching this space for further updates on this rom-com, which keeps getting better and even more intriguing!