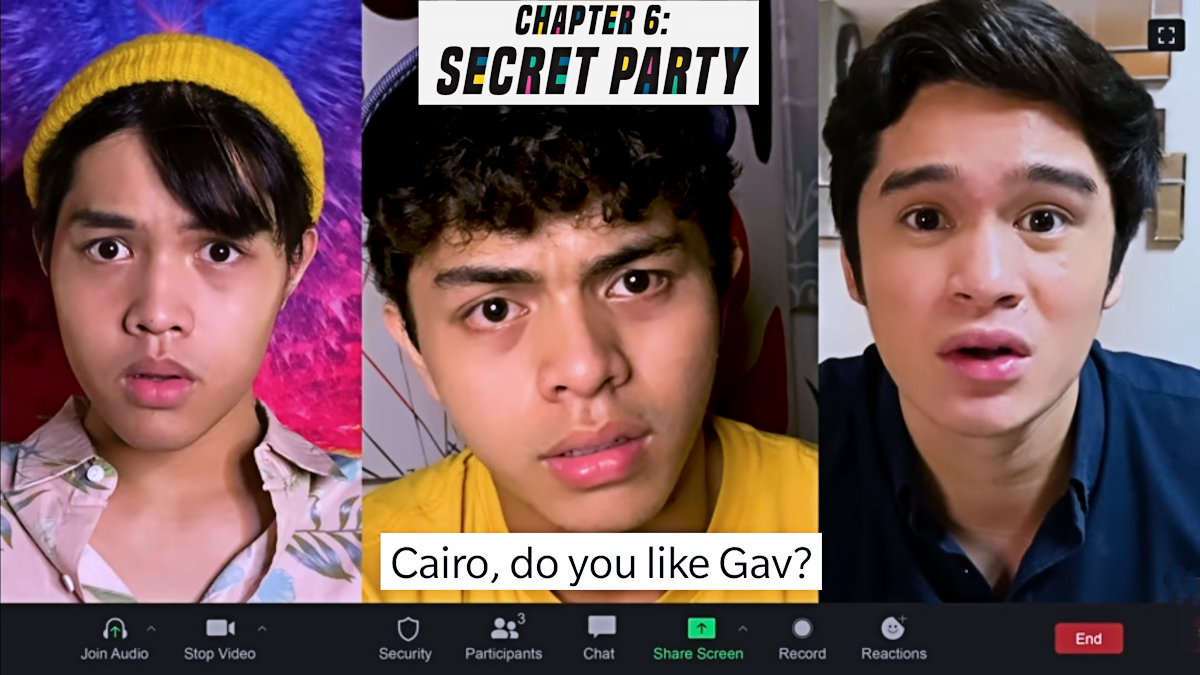 At the end of Episode 5, we saw Cai questions Gavreel about using his grandmother’s demise as a sob story to make guys fall for him, which triggers strong emotions in Gav. Because of this, Gav asks Cai if he wants him to stop courting and for them to end their communication. Gav is too hurt by this, and he drops the call, unable to control his tears.

Following the events of the last episode, Cai is guilty about what he did and misses Gav, but he still is not sure how to apologize for his actions. Gav seems to be hurt, drunk, and a crying mess from his IG stories. His sincerity for Cai is once again clear when he admits he became a gamer only because of Cai (he had mentioned this to Pearl in an earlier episode when she had questioned his interest). Luckily, to Cai’s rescue, Pearl calls him to ask what happened between the two.

She is horrified to hear how Cai said those very insensitive things to Gav related to his grandmother. When she finds out that it was Terrance who put these doubts in Cai’s head, she is even more furious about Cai believing Terrance over the word of Gavreel. Terrance, on the other hand, with his shameless gaslighting of Cai complete, is using this chance to get back into Gav’s life by calling him and sending him sweets, to which Gav’s reaction is minimal at best. At the same time, Cai has set up an online treasure hunt sort of game for Gav to follow, which leads him to a personal apology from Cai.

Following Cai’s apology, things are back to normal between Cai and Gav. Gav is once again flirting and courting Cai and truly appreciates the effort that Cai put forward in setting that treasure hunt for Gav to ‘find’ him. In an unsurprisingly despicable move, Terrance sets up a call with Gav and even includes Cai as well. Luckily this time, Cai brings Pearl along with him to the call. With Pearl present, Cai learns that it was Terrance who left Gav and even cheated on him.

Terrance continues to affirm our belief that he’s a manipulative asshole, and now even has the audacity to be angry at being confronted like this and keeps diverting by expressing his desire to get back with Gav, giving a lot of reasons for Gav to do so while a shocked Cai & unimpressed Pearl listen.

Pearl leaves the boys to sort their own mess, and Terrance continues to plead Gav to return to him. When nothing else works, he puts Cai on the spot by asking if he even likes Gav. He tells him he will only stop pursuing Gav if Cai admits he likes Gav. Though Gav had earlier mentioned that they are not in a hurry to actually be a couple, he does look expectantly at Cai…

Since I saw Episodes 5 and 6 in succession today, I am very angry with Cai. I really think his statement about saving himself was quite selfish, especially when he did not even give Gav a chance to explain his side of the story. Instead of being such an idiot, he could at least have asked Pearl about Terrance. While it might be too early to trust blindly, it is also not right to throw such hurtful words at someone. I liked that Gav had the sense to stay away from Cai after that. However, that apology by Cai has to be the cheesiest and most innovative apology rap song sequence done in any BL show and so was simply too adorable. That was 200% effort and sincerity from Cai that earned him Gav’s forgiveness.

I was both amused and irritated with Terrance’s bold move to have a call with Gav & Cai together. How can he actually believe that his lies won’t be exposed? I do realize he was drunk by the time he made the call, but it was unfair of him to put Cai on the spot. One, the boys’ relationship is not stable to have such clarity, plus its a personal question that is none of Terrance’s f**king business. Cai and Gav do not have to tell that to anyone, and not at all to Terrance for sure.

This episode was another one where there were both tears of hurt, the smiles, and then ending with a worrisome feeling about how will Cai answer and how will Gav react to it. Why do I feel that Pearl left the call a little too early, when we’ll be needing her to kick Terrance’s ass very soon? While watching this episode, I realized that sometimes it’s best to keep relationship details private and decide not to put them in the open to the scrutiny of others. Even more so when your ex is lurking around in wait of a chance to cause troubles. Cai is too sensitive and unsure at this moment, and I assume that he has not accepted his sexuality as Gav or Terrance has so he is still working that out in his head too. That could be why Terrance’s intrusive question is double hard for Cai to answer. I’m waiting to see how Cai and Gav navigate this one next.

We have already established that all four main leads in the show are doing a flawless job. I especially am impressed with Kokoy De Santos’s acting. He can really move me to tears when he cries, and I also like the way his character is such a ray of sunshine for Cai, even when he doesn’t have an easy life himself. I am so rooting for him not to be hurt again now.