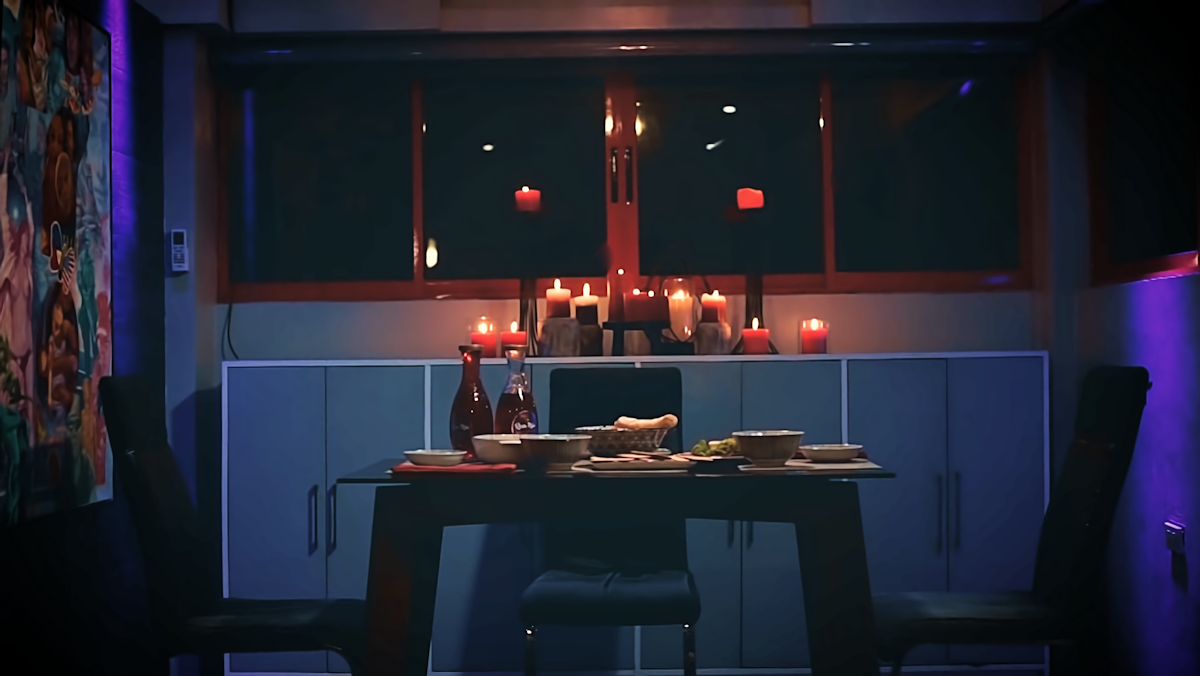 It’s rare for a show to turn away from the status quo established by the countless ones that came before.  “Why Love Why” does just that in two diverse settings in its first five minutes of screen time—one of wealth and privilege and one of poverty. We meet our two male protagonists as they awaken with pronounced ‘morning wood.’ From their unabashed versions of their morning routines, we get the distinct impression of not just them as characters but of this show’s uniqueness. Written and directed by Vincent M. Tanada. Vincent himself is an actor, screenwriter, and attorney with a fantastic grasp of history and the queer culture of the Philippines, where the show is based. This history and his view of it beat in the center as the show’s heart. While erections and the sexy men who have them may be on its face, it’s the culture and its relevance that act as the story’s soul.

What makes “Why Love Why” stand out from other shows is its depiction of the characters and the world they inhabit in the grip of COVID-19. Beginning with the two divergent realities, each main character inhabits, Benjo (portrayed by Johnrey Rivas, a YouTube personality) with a solitary life of wealth and privilege. The other, his school friend Emil (here played by Carl Adaron), one of poverty and struggle but surrounded by a loving family. Few shows accurately depict both sides without favoring one over the other. However, this show doesn’t shy away from the stark reality of both sides. Emil looks for his favorite shirt only to discover his mother sold it for food for their family. Scenes like that pepper this drama as the norm, which is refreshing in a way I didn’t realize I needed.

When I, an American citizen, watch an Asian-centric BL, I am used to the impoverished character’s home life being talked about but rarely shown on screen. In many cultures, the things discussed aren’t shown for reasons of political expediency. Like when you let someone into your home, you keep them out of certain rooms because of what they might see. This show doesn’t do that.  We see Emil’s mother proudly show the rooster she will use in cockfighting to earn money to feed her family. In most cultures, cockfighting is a form of animal cruelty, but it’s shown here with pride.  Taking it one step further, she notices her son’s silent negative view of the activity and explains its importance. She uses that same reverence as to the necessity of selling his clothes in a powerful speech.

“Why Love Why” turns its focus to queer culture through the eyes of one of a most unique character. Kelly (played by OJ Arci), the woman who lives in the same upscale building as Benjo and later Emil. Born a man, Kelly represents transgendered women with boldness and openness that work in tandem with each other perfectly throughout the series. She never apologizes for her way of being. She takes gender pronoun misattribution in stride as she works to foster friendship with the two men who treat her with a similar kindness as the building goes into lockdown. Her history and presence on the show work to humanize trans women in every scene she steals – drawing attention to herself, showcasing her beauty and misfortune without shame. Based on the true story of OJ Arci, her character alone is a reason to watch the show. In most series, women are extras for fluffing the episode, but she is integral to the story as the rest of the cast.

Wena (portrayed by Yesh Bruce of “Gaya Sa Pelikula”) and Pads (played by Patrick Libao) are featured as a  wife and husband with significant trust issues. Together they act as the catalyst for the presence of Covid-19 in the story. Throughout the series, we witness the two discuss the virus. We see each opinion done in commentary style by the couple after a new situation occurs. As the threat becomes more real to them, so does the growing sense of mortality and dread depicted by these two amazing actors. Emil and Benjo are tasked with creating a thesis for their university project and decide to do their project together at Benjo’s apartment. The episode shows different ways of life. Emil arrives at Benjo’s apartment, meeting one of his eccentric neighbors along the way.

Beginning with characters, each sponsoring a morning ‘wood’ is not what I was expecting, but I had chosen to go into this with no knowledge. It was a very stark attention grabber that kept me invested as I saw the two very different realities that happened around the two individuals. Using split-screen views to create this view was cleverly done. It gave the impression that though Emil and Benjo come from separate lives, they are equals.

The episode never brings about establishing one man is better than the other, which is common in shows like this. Prince and Pauper’s stories have always used statements or actions to show who is better. Instead, we see how both men feel about their current state of living through well-written dialogue and conversations.  Emil’s discussion with his mother, for instance, shows his negative view of life; even if he tries to keep up his pretenses, he is fine.  Actions, though, speak louder than words for him and his mother. Emil never voices his feelings, but as his mother picks up cues from his body language, this inspires her speech on putting food on the table.

With Benjo, who is alone in his apartment, the way his life is shown to the viewer differs.  Through phone conversations and his online videos, we are given a view of how he views himself. Watching the two characterizations felt honest and speak to how much they care about their circumstances. Many of the actions they perform over the first half of the episode parallel one another: showering, talking to their mothers, and eating. The way they are dressed, how they act in these scenes further show the viewer who they are. So by the time Benjo and Emil are in the same room, we know them.

These scenes also work to provide the differences between the two men.  While Benjo is alone in his lavish apartment, wishing he could be with his family, Emil is the opposite. Sharing a room with his two little brothers, sleeping in a bunk bed, and doing all he can for them and his mother. I had the impression he is very excited for a break from family life. Benjo’s clothes are all new and fancy to Emil’s ripped shirts and shared clothes being another difference between them. It felt like this episode was spoonfeeding me these scenes, and I felt it wasn’t necessary to have so much exposition.

In the latter half of the episode, while Emil travels by foot, we are provided with a look at both men’s’ relationships with their girlfriends. These conversations happen over phone calls.   During this section, the rest of the cast is introduced. Kelly takes advantage of Emil’s ‘wide-eyed country boy in the city’ manners to get him to help her. Even though he has never met the person, her mile-a-minute way of talking overwhelms his mild nature, and this leaves him with little choice but hauling her bags. Soon after, Emil witnesses another couple,  Wena and Pas, argue on his way to Benjos.

The script and acting are excellent in these scenes as they’re all disparate personalities or act that way. They each have their own voice and character nuances that surprise Emil. I got the strong impression he doesn’t get away from his home life much with how he stopped and stared at everything. As the episode drew to a close with Emil finally meeting Benjo, I couldn’t help but be surprised. It felt over too soon as the exchange a few sentences before Emil took off his shirt due to sweat. Benjo was transfixed by the view making me question his sexuality as it went to credits.  I enjoyed the episode as a whole but did feel like the need to showcase their parallel lives went on a bit long.  The amount of showing versus telling felt lopsided after awhile, to the point that by the time they meet in person, the episode could have had an extra few minutes, however, only at the expense of some of those scenes.  The transitions between scenes were pretty seamless. The characters being presented all had context behind them to the point I felt like I knew them.  These traits are because of the loving way the script was written for their roles.  Even the girlfriends who are only featured in phone calls told their value in how the men responded to what they were saying.  All of this is why I ended up binging the first four episodes. It was a strong pilot that made me want to learn more about the characters.