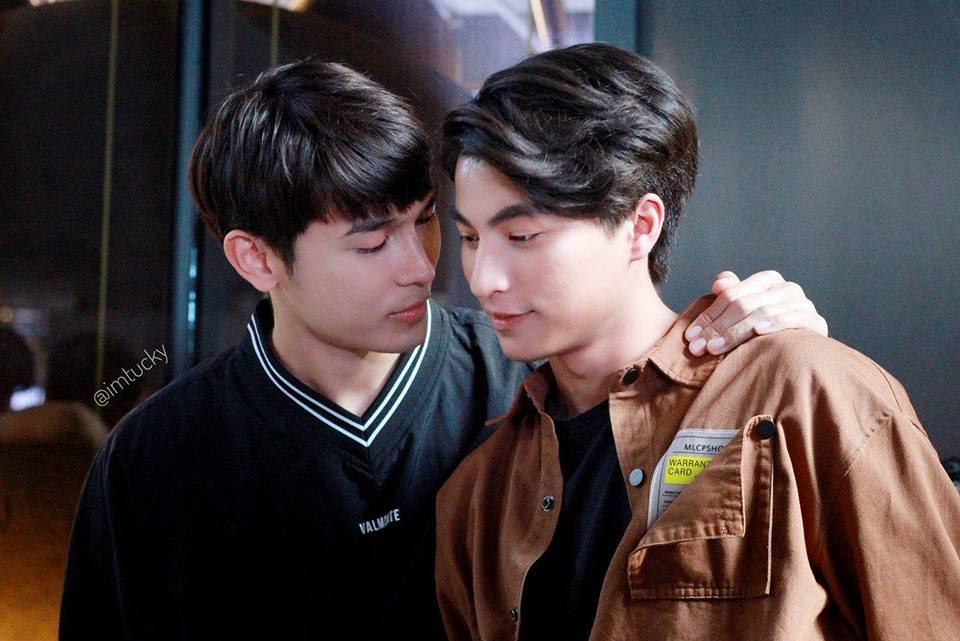 I thought that teaser trailers are enough to determine a show’s quality. Apparently, I was wrong. While my initial impression of TharnType is a bit of a disappointment, it seems that Episode One alone proved me wrong.

Hot. The show is hot, and in all the right ways. After watching the first 2 episodes, I highly recommend it to all Thai BL watchers.

Let me give you some introduction…

Mew Suppasit (who plays Tharn) is gay and newcomer Gulf Kanawut plays Type who hates gays due to a previous bad experience. I expect Gulf to do raw, tentative acting but was surprised how intense he looks and is quite credible at that. I’m loving this series more!

That was my initial impressions way back in May. It seems that the actual drama itself is even better than my expectations. But let’s see…

Tharn and Type are new school roommates. What could have been a peaceful, uneventful 1-year for both turned into something difficult and disastrous. Type hates gays and he wasted no time when he found out that Tharn is gay. He wanted him out but Tharn will have none of it.

Displaying his own brand of opposition, Tharn endures Type’s attempts to kick him out. This clip best demonstrates what’s going on between the two:

Episode 1 offers a delicious, interesting and intense take into what could be a budding relationship between two attractive young men. Episode 2 continues the intensity of the initial episode and even upped the ante by revealing more about the main characters.

Another awesome clip that reveals more of the show:

Let me list down my impressions for you – acting wise:

I’m impressed with the way the show’s director handles his actors and the kind of pacing he formulated for the drama. The scene selections, music background, and camera angles are almost perfect that both episodes ended with me wanting for more.

One of the most noted scenes of the 2 episodes is the apparent and amazing on-screen chemistry between Mew and Gulf. They look so  good together. Even when they fight – especially when they are hurling curses to each other.

I have the feeling that many of the selected scenes underwent plenty of revisions, and their efforts are well rewarded. When Mew and Gulf are on the screen, I am completely mesmerized!

The clip below offers plenty to look forward to in succeeding episodes!

I can’t even fathom the extent of my appreciation to the hardworking and dedicated staff and crew of this drama. They truly made an amazing show!

Dark Blue Kiss is already a standout drama this season, but I guess TharnType offers something different, fresh and exciting that even the highly touted DBK can’t match.