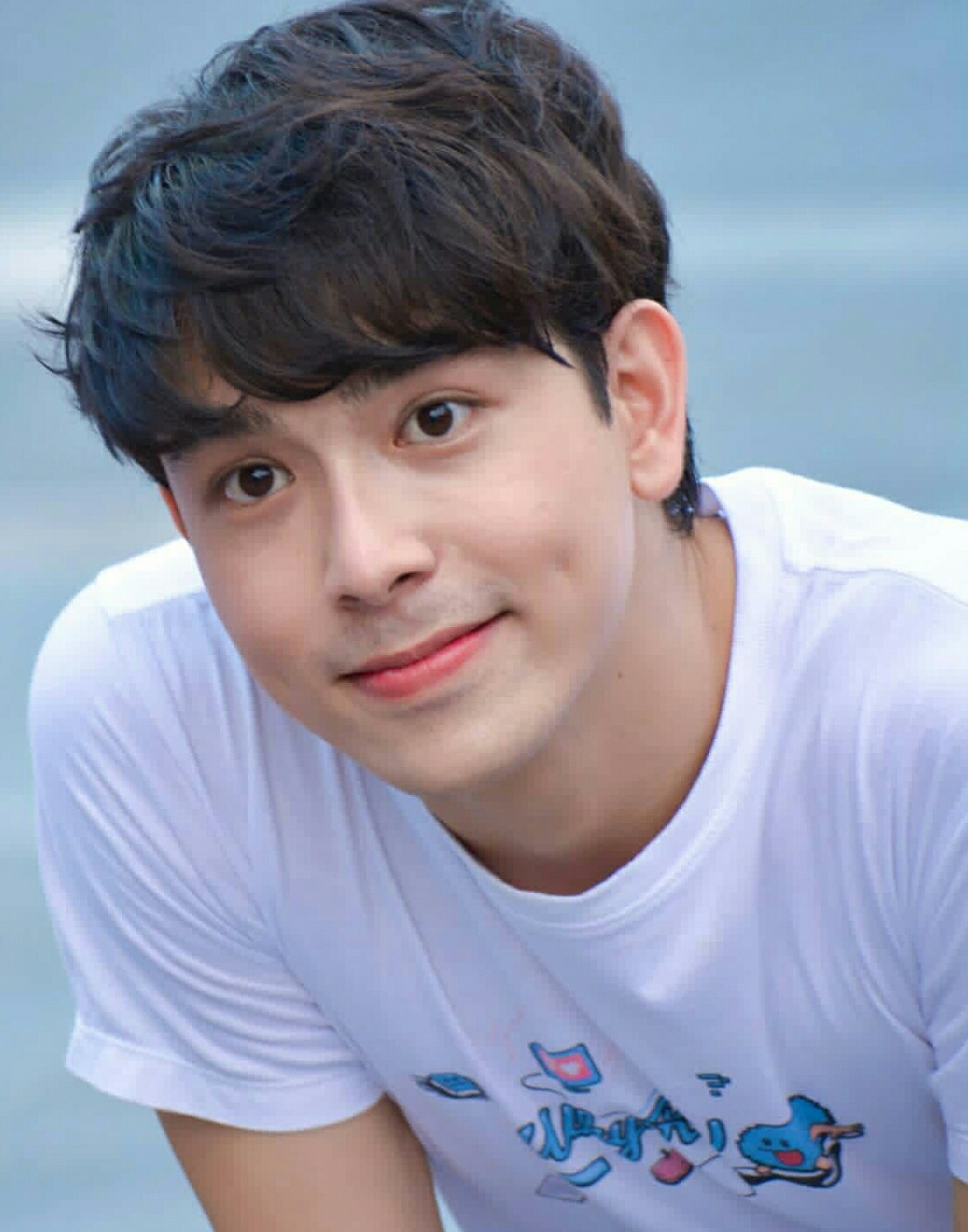 There is a certain distinctive trait in Tommy’s voice that would have you assume he’s a singer. Not that his role as Zon in WhyRU series is a giveaway. Looking back, it seems my instinct is spot on.

Tommy Sittichok Pueakpoolpol was a vocalist in a band with his buddies during high school. His musical inclination has paved the way for him to pursue an acting career – a profession that is unpredictable as it is challenging.

I started out acting in TV commercials and I really enjoyed the experience. I wouldn’t like a routine job. Acting allows me to travel and develop my performing skills and personality. I used to be very shy. Now, I’m more confident. |source|

The interview conducted in 2018 was significant since he’s promoting his TV series entitled Love Song Love Series: Puen Gun Wan Soodtai (Our Last Day as Friends). It’s a gender-bender omnibus drama that also stars Mo Monchanok and Kacha Nontanun. Set in Japan, it tells the story of Safe (Nontanun), a photographer, May (Monchanok) and Yod (Sittichok) who were involved in a love triangle. Released by GMMtv, that means the character Zon is not his first time to play gay.

Tommy took a hiatus from acting. Reports indicate that he did military service. This piece of information reminds me of Josh Kim’s How to Win at Checkers (Everytime) and the upcoming GMMtv BL series A Tale of A Thousand Stars. His military journey can be seen via Tommy’s IG, where photos of him in military gear are shown.

Having done duty to his country, he set his sights to acting.

As Zon in the on-going WhyRU series, Sittichok is paired with the lanky newcomer Jimmy Karn. Their ‘partnership’ comes from the fertile imagination of Zon’s younger sister Sol. What started as the exchange of boyish banter and tease turned into something serious and intimate. But their journey is nothing short of hilarious and naughty as well.

BL fans took notice, hence fan clubs were born. As a reviewer, I’ve noticed the prominence of Sittichok among the cast:

Tommy as Zon, in my opinion, is the series’ MVP. His level of comedy is always what I look forward to. The way the character develops from a cranky, suspicious loner into a dependent, amiable young man is impressive. |read more|

While not present during the WhyRU audition process, Tommy was a great choice for the character. He can sing, has played in a band, and certain life experiences must have taught him to be more expressive. He certainly has a depth of character.

As part of the Domundi entertainers, Sittichok, its 7th member, enjoys a variety of performances, which fulfill what he aspires for. There were previous musical clips to prove he can really sing and below is one of his most recent:

BL actors come and go – whether it is due to lack of talent or change in career goals or personal reasons – yet we are almost certain someone like Sittichok is here to stay.

My Crazzines Tommy profile was a good way to start and Tommy IG profile is filled with bits and pieces of information going back years that offers hints of where to look further. If you continue further down his IG page, as I did, Tommy rewards with a copy of the SWeekly interview – short but sweet!