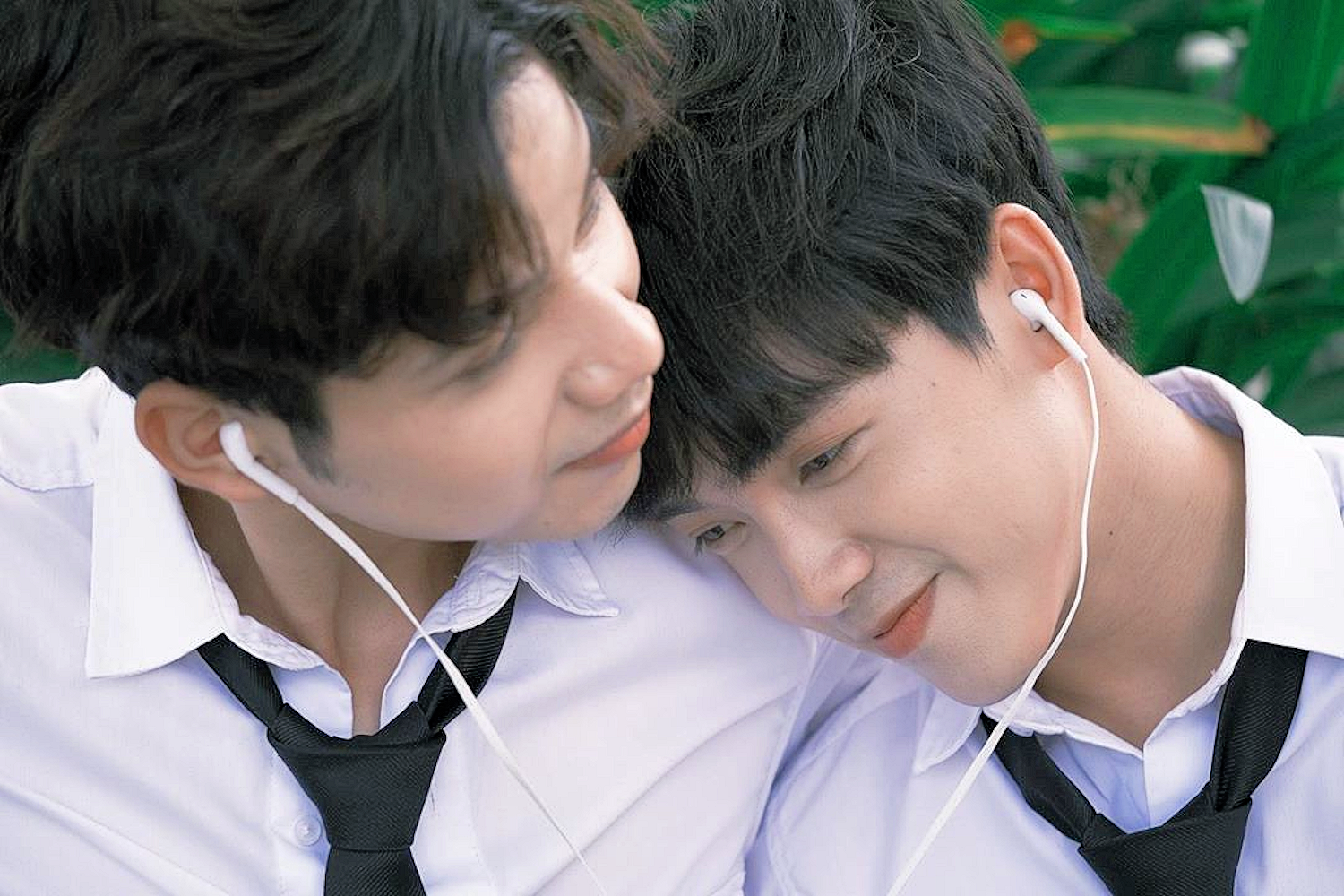 SOL – “Stage of Love’ The Series,” tells the story of two university students on the journey to discovering their passion and understanding themselves. It’s a coming-of-age college romance that depicts the changing dynamics of our main leads Nguyen and Bao, as they rediscover themselves and find love in the unlikeliest places.

Nguyen– is played by Gia Huy (pictured on the left below), is a ‘Role Model Senior’ with a cold and tough demeanor. An untoward incident in the past put him behind the limelight. Despite that, he carries an intense love for theatre and the stage.

Bao – is played by Harry Duy (pictured on the right below), is a fun-loving and active freshman, who is now tasked with the role of being the main lead in the University’s annual play.

The storyline mainly focuses on our main leads Nguyen and Bao. Bao is roped into playing the main lead in the annual play. He is a first-year student and certainly new to stage plays.
To make the production a success, Khanh – the Drama Club President reaches out to Nguyen with hopes that he will share his experiences with the other club members. After a period of rehearsing together, Nguyen and Bao start to find common ground. And even more, the chemistry between the two moves past the stage of just pure friendship.

However, life is not always an easy ride, and a series of unfortunate events dawn upon the adorable couple. The Drama Club is on the verge of disbanding, and the play’s fate is at stake. How will Nguyen and Bao resolve the complications of their relationship? What will Khanh have to do to save her beloved club? And what is the secret that Khanh has been keeping away from everyone? Once known, what will happen then?

The episode starts with tense moments where we see Nguyen accidentally stabbing his co-star in the stage play. It turns out to be his nightmare, though it seems too real to be a dream. We are next introduced to our resident fangirl, Linh, along with her sidekicks Van Ahn and Tien, who talks to her friends about the handsome yet distant senior “Nguyen.” He is Linh’s elder brother’s best friend.

The next introduction is Bao, who is taking a walk through the various club booths at the University, to join one. Bao and his friend are caught unaware by Trac, Drama Club Senior Member. She literally brainwashes the newbies into joining the club and also introduces them to Khanh, President of Drama Club.

Khanh takes one look at Bao, and you can see she has a plan in her mind. Nguyen and his friends are playing basketball while the fangirl group sits watching them. While walking out, Linh accidentally bumps into Bao, and their bags get exchanged. When Bao opens the bag, it’s full of photographs, and he is shocked. Nguyen walks in to check the reason behind the commotion. He sees Bao with the photos and is entirely cocky as he snatches them from Bao.

Khanh and Trac get stuck cleaning up the booth as their juniors give lame excuses and run away. While they are working, Duc walks in to help them. Quite shocking! Because he is the same guy whom Nguyen stabbed in his nightmare. But he seems to be fine, so was that really just a dream? It seems that Duc is quite popular in the University, but Khanh is the only one unaffected by him.

Khanh next meets up with Nguyen and tells him about the casting call three days later. She requests him to forget about the incident in the past and instruct the new students. But Nguyen rudely refuses and is quite stubborn about his decision.

Nguyen catches up to Linh as she is walking back home and returns her the bag. She is totally a diva as she accepts her own bag and thrusts Bao’s bag back to Nguyen. Then she walks off after instructing him to return it to Bao himself. I guess Nguyen is used to her behavior because, with everyone else, he is totally rude.

The next day, Nguyen sees Bao walking into a room and remember about the bag. As he about to follow Bao, he notices the banner for the casting call and realizes that they are auditioning for the new roles. Nguyen is about to turn away when Duc walks out and calls him out.

I won’t say the drama is exemplary because we are still in the introductory episode. But the show’s producers have done an exceptional job selecting the actors for each role, except for Trac’s overdramatic connotations and the overuse of fangirling concept, the show sails on smoothly. Gia Huy is convincing as the main lead as he portrays Nguyen’s cold demeanor as well as his nervous behavior. Nguyen was an excellent stage actor, but the accident involving Duc seems to have turned him into a recluse.

However, his first meeting with Bao was interesting. Nguyen walks up to Bao because he finds him intriguing. The same emotions can be seen when he sees Bao entering the audition hall. You can see the spark, and you find yourself vested in this relationship. For some reason, Nguyen reminds me of Benjamin Brasier “Phana” from 2Moons2.

Harry Duy is refreshing, yet I’m going to weigh out this decision until the next episode when we will have more scenes involving Bao. I’m also quite impressed with Kaycee, who plays the role of Khanh. Her character seems to have quite a few layers. I’m assuming will that she will be the catalyst to Nguyen-Bao’s blossoming relationship. Also, her love story with Hy, Nguyen’s closest friend, is another highlight.

Another character that draws our attention is Duc, played by Isan Kim. Whether this character is positive or negative is yet to be seen. However, the mystery surrounding him, as well as the accident, certainly makes the character intriguing. Keep watching this space until the next update.