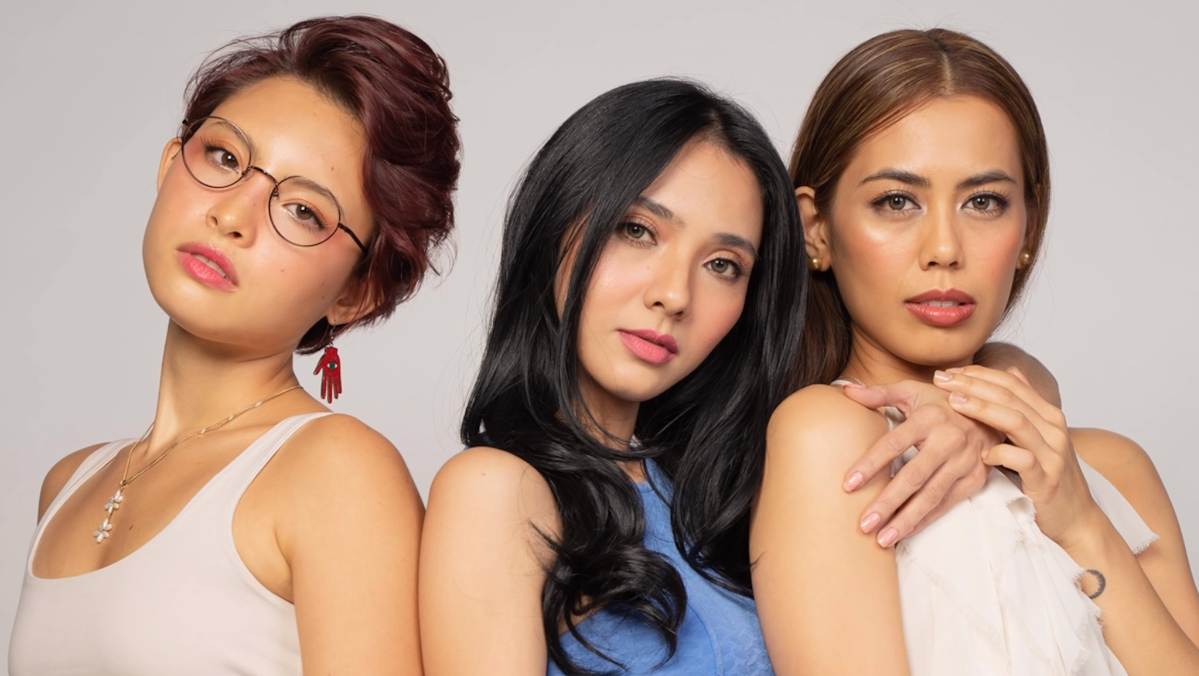 “All is Fair in Love and War.” The title of Pearl Next Door Episode 5 is the perfect definition for this series. It is an emotional tug of war between three women that left me feeling battered more than satisfied.

Pearl Next Door is a series deeply rooted in confusion and indecision. While I thoroughly enjoyed the back and forth in the first few episodes, I found myself growing weary with it in the last two episodes. This show is one with an obvious divide. Not sure the producers intended this event, but here we are.  Are you Team Alex or Team Karleen? This focus is exactly how I am going to break down my thoughts.

Let’s start with Karleen. From the beginning, she has been the object of Pearl’s affection, but due to past relationship experiences, she finds commitment a terrifying step forward. I talked a lot about Karleen’s fear of being involved with straight or bisexual women in previous reviews, so this time, I want to talk about her trauma. In a candid conversation with Pearl after a drunk confession, Karleen reveals devastating truths about the relationships she was once involved in. All of them ended with the women choosing male partners. One of them, Pat, even ended up pregnant while involved with Karleen.

Karleen’s pain is valid. She has wounds that have been ripped open, scabbed over, and ripped open again. It left scars she knows will be hard for her to overcome. Because of this, Pearl will always need to reassure Karleen if they were to become a couple.

Here’s where things get tricky.

There comes the point where a person’s personal secrets and pains can be as harmful to others as they are to the person. For me, I found Karleen’s deeply ingrained pain to be somewhat toxic for Pearl. I like that Pearl calls her out on this.

“So you are taking the rejection back but not committing to anything?”

Pearl’s pain over Karleen’s backtracking emotions is as valid as Karleen’s.

Which brings us back to Pearl being bisexual. Karleen is struggling as much with Pearl’s sexual identity as her own. It’s confusing enough not to be confident in your own skin because of bad personal experiences, but it’s even more confusing when you pull someone else into that headspace. I love that Jill, Karleen’s best friend and ex-girlfriend, is a voice of reason. I cheered when Jill pointed out that Karleen needed to separate her personal pain from the way she approaches Pearl. Pearl’s sexuality is not to blame for Karleen’s pain, and Pearl shouldn’t be made to feel like it is.

That said, I also emphasize with Karleen in a way that I don’t empathize with Alex just yet. In Pearl Next Door, the writers invited us into Karleen’s pain, confusion, and reality. With Alex, we have no emotional background other than her childhood connection with Pearl. This disconnect places Karleen in a unique position with viewers, especially for viewers who have been jaded by love.

It is certainly no secret at this point that I adore Alex’s honesty and sincere devotion toward Pearl. However, her perfection as a character is becoming as troubling as it is beautiful.

Is Alex too perfect? Is it possible for this human being to actually exist in real life? Or is this a writer’s fantasy? These are the questions I asked myself going into Episode 4. I loved the way Alex always asks how Pearl feels. She gives Pearl a safe place to express herself with seemingly no hidden agenda. Alex never attempts to invalidate Pearl’s feelings for Karleen, even when she herself was firmly staking her claim for Pearl’s affections. Is she simply too good to be true?

My question now is: What are Alex’s thoughts, feelings, and background? Alex spends a lot of time trying to get inside Pearl’s head, but Pearl doesn’t spend much time trying to get inside Alex’s. This fact makes their conversations feel one-sided and left me wondering how much Pearl actually cares for Alex, if at all. It also leaves the viewers with less with which to empathize. Instead, viewers are wondering about an Alex-agenda instead of an Alex romance. This lack of perceived depth in the character saddens me because I love Alex’s sincere approach. I want to know more about her. I want to understand her reasons for loving Pearl so deeply.

Let’s talk about my final thoughts. The same way Pearl basically spilled the tea on her feelings in the “Complainer Next Door” segment of her vlog, I feel the need to do the same.

Pearl Next door’s last two episodes were riddled with aggressive flirting by Alex and Karleen, strange internal monologues from Fonzy and himself, and a possible hint at polyamorous relationships. As an avid tea drinker, I can attest to the fact that there are bad teas and good teas.

For me, the vlog setup that appealed to me in the first few episodes of Pearl Next Door soon became the part I grew annoyed by the most. Pearl’s vlog’s insertion during key moments when stuff could have been worked out was frustrating to me. The same goes for Pearl’s conversations with Fonzy. While I love their friendship, there came the point when I wanted a more honest, serious chat between them that I feel like we never got.

Who is Gino? Where is the show going with the Fonzy side-story? Why are we getting more focus on them now during the last few episodes of the show, when there appears to be no resolution?

Can you feel my frustration? I read that Pearl Next Door is getting a three-part conclusion, and I am very curious about how these questions will be resolved. I also hope we see less of Fonzy talking to the devil and angel on his shoulder so-to-speak. In this case, his wild dialogue with himself is more distracting than interesting. I wanted more personal interaction with Gino. Like Alex, Gino is one big mystery.

Back to Pearl. By the end of Episode 5, I was as overwhelmed by Alex and Karleen as Pearl was. I wanted to turn her phone off for her, push her gently down onto her bed, and tell her to sleep it off because … wow. As a viewer, even I needed a breather.

I absolutely adore that we have a series that raises questions about bisexuality, polyamory, and lesbian relationships. In an industry saturated with Boys Love romances, it is nice to have a series I can personally connect with as a bisexual woman. The production as a whole is well done, and the characters kept fairly true to themselves.

The test will be the upcoming three-part conclusion. I truly hope that we get a deeper look into Alex’s character, I hope we see a more confident Karleen, and I hope we get answers about Fonzy’s side story. I even, dare I say, hope we see a series explore the possibility of a polyamorous relationship a little deeper.

By the conclusion of Episode 5, I felt battered, confused, and overwhelmed but no less interested in what will happen next.