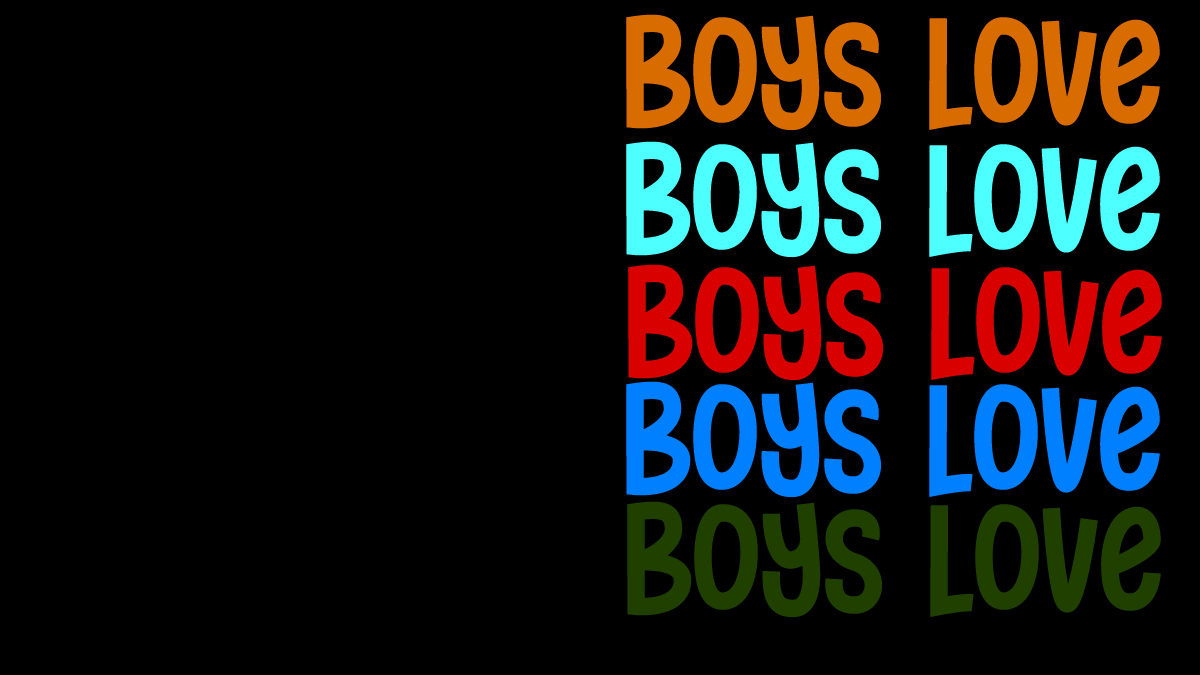 What is Pinoy BL? Featuring current and future series!

The showing of two distinct Filipino made Boys Love series had me wondering if they are patterned after a certain country’s perspective or style. However, both Gameboys and Sakristan are original Filipino series about boys falling for other boys. Whether gender has anything to do with it remains to be seen. Even after their premiere episodes, BL viewers have been asking questions.

What is Pinoy Boys Love? Is this the latest thing in BL? Which sector of the society does it represent? Will these series and other upcoming series like My Extraordinary, Where We Were, My Day: The Series, The Boy Foretold by the Stars, Oh, Mando, and many others represent an evolving genre where BL theme of boy falling in love with another boy is from gays’ perspective?

What is Yaoi or Boys Love?

It is important to make the distinction that Yaoi or BL contains intimacy between men (as in sexual relationships). There is, however, some deviation to this ‘norm’ as it appears romantic scenes can be enough to be labeled as BL. However, it remains important to distinguish BL from Bromance, which is defined, as a close relationship between men but not in a sexual/romantic way.

Bromance is non-sexual, there may be a kiss but the affection is more “brotherly” rather than a full-blown love affair. BL (Boys Love or Yaoi) is a relationship between 2 men from a female perspective, can be sexual or brotherly. Gay showcases the relationship between men and can have a more serious tone amongst the three – while not totally encompassing. [Read our previous article on the distinction]

Gameboys: Adapting to The Times

When Metro Manila was quarantined because of the ongoing pandemic, the creative minds behind The IdeaFirst Company continued to meet through online meetings and the initial concept of creating a series that featured a boy-loves-boy story was born. |read more|

Last month, the director and main cast of Sakristan held a press conference. They invited the press and certain bloggers who cater to publishing BL content. Being a participant, I had an opportunity to ask some questions.

Sakristan director Darryl Yap – who can only be described as a maverick, highly opinionated, and confident of his work – was honest and forthcoming. He mentioned watching a few BL series (2Gether, TharnType, and SOTUS). Instead of watching them toward their conclusions, he’d only seen a few episodes because he already had a concept in his mind, and he wants nothing of external influences for his series.

As a third-generation artist from his family, Xion Lim has a rather world-view of Boys Love. As his production team prepares for the initial episode of My Day: The Series, he intimated that viewers of the series will get Korean, Chinese, and Filipino vibes. He is aware that BL viewers want more than just a high-school fantasy-romantic story and his series opts for more mature characters.

Petersen Vargas and His Pursuit of the Pinoy BL in Hello, Stranger!

Hello Stranger is a digital BL series that stars Tony Labrusca, JC Alcantara, and Vivoree Esclito with a host of other up and coming young actors from the roster of talents that the ABS-CBN family manages including singer/actor, Patrick Quiroz, enigmatic beauty, Gillian Vicencio and social media influencer/actor, Migs Almendras.

Award-winning filmmaker Petersen Vargas gave us the coming-of-age film 2 Cool 2 Be 4 Gotten 3 years ago. He was also the co-creator of Hanging Out, with Patrick Valencia. Regarded as a pioneer in Pinoy BL, even when the term is not yet fully subscribed to or accepted by BL viewers. Rappler was quick to point out that calling Hanging Out as a “BL series” is wrong:

. . . Hanging Out, the Filipino gay web series that released 6 episodes in December 2016, and has left its most dedicated fans wanting for more over 3 years later. Like 2gether: The Series, Hanging Out sent viewers screaming every time some sort of tension is teased between the romantic leads, Adrian and David. But just to be clear: Hanging Out is not a BL show. |source|

On Hanging Out, CNN Philippines did a piece and quoted Vargas as saying:

From the start, I knew it was going to get some pretty negative stuff,” shares Vargas, the show’s director. “When [Jade Castro] did ‘Zombadings,’ a few gay groups called it anti-gay and I knew those weren’t the intentions of the film. Now we’re doing a gay show; it’s a way to promote advocacy and people would dismiss that. I expected that. |source|

Talking about one of his BL shows – My Extraordinary – he said:

My Extraordinary is totally different from the usual television series we’re used to seeing. You won’t see any violence, mistresses, or families fighting over wealth, action dramas with guns, or wars here. We are done with that kind of storyline, and I believe it’s time to offer something new on the table. This time we will be focused on the character’s needs and characters’ emotions. Normally, a BL series runs purely on the actors’ chemistry and physical attributes like “2Gether The Series”. There are usually no backstories at all, no character references. It’s more about the physical attributes and needs of the characters. But people love it and still enjoy watching it, and because I think that’s the trend right now. |read more|

Gab Torres’ Where We Were

JACEtv teams up with independent filmmaker Gab Torres for Where We Were. It stars Wex Andre, and is about two Theater students who realized that they were meant to be more than just best friends. In our exclusive interview, Torres said:

Here in our country, the mainstream media is very conservative and sensitive to themes such as Boys Love (BL). It will either spark a controversy or will enrage the ever-critical viewers. I believe it is more than just censorship. Instead, it reveals so much about our culture of only tolerance rather than acceptance. Conceptualizing for the story, I told myself I wanted to offer something that passes more than just the socio-political conflicts. Creating a series with this theme is already a protest in itself if we are going to talk about it at that standpoint, so I wanted to present something different, maybe something introspective—someplace where the characters are not constantly fighting for their rights to love freely. I thought, what if in this (fictitious) world, the only people who cannot accept them are themselves?

The list above will be updated as soon as we receive more information.