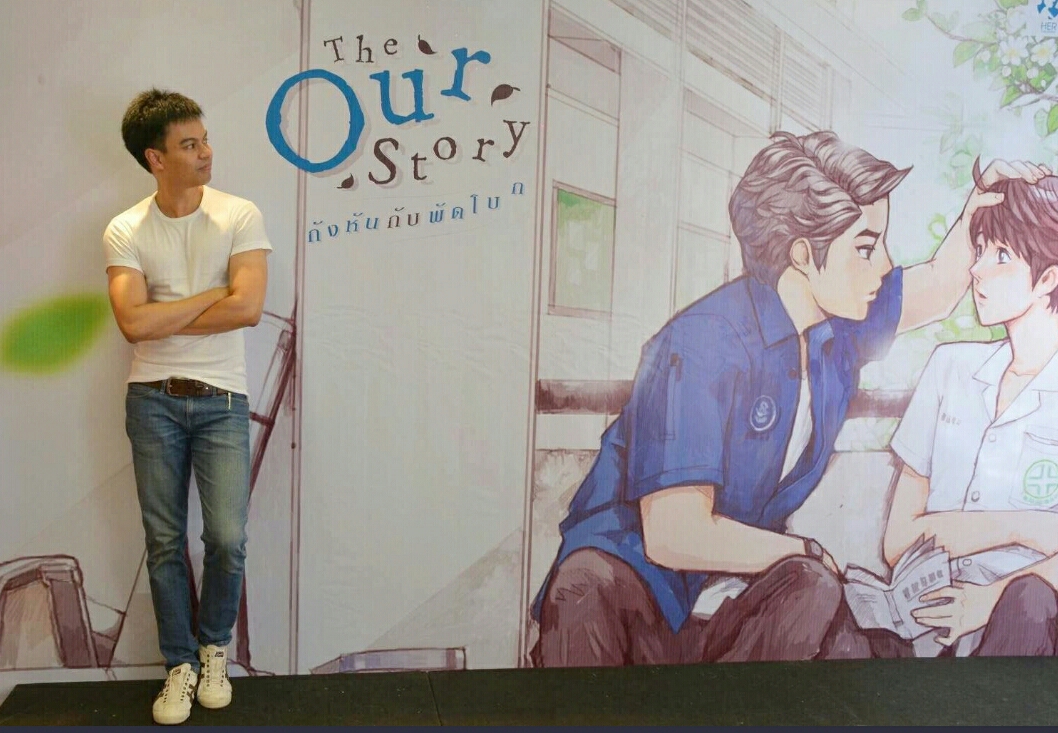 What qualifies as a highly-anticipated BL drama? There are plenty of factors that can elevate an upcoming series’ status to being the most anticipated – a unique and interesting storyline, a superb cast, the reputation of the author of the original source material, the production crew (specifically the director) and a reputable production company that doesn’t sell fictitious merchandise or doesn’t fail to pay actors’ talent fees.

By now, we are aware of some inside scoops that can telegraph an upcoming series as trash, or treasure even before it airs.

For new BL shows or movies coming up in the last half of 2020 and the whole year 2021, we’ve listed 30+ titles! (Note that this list will be updated as we get confirmation from various production companies). So, here we go!

Dr. Patrick Rangsimant (the pen name of Utain Boonarana) is the biggest name in Thai Boys Love serials. With numerous projects in various states of production, Dr. Patrick is set to conquer the small screen with his brand of romance and adventure. Here are some of his confirmed series:

The ‘Our Story’ (กังหันพัดโบก) (2021) is adapted from Dr. Patrick’s own experiences as a medical student. Two guys were dumped by their significant others on the same day, went to the same bar and got drunk together that night. The following morning, they wake up naked in the same bed. That’s how KhangHan and PhatBoak started their relationship. Feelings start to grow and before long, they are together as a couple. Unfortunately, PhatBoak’s mother dealt with a bad experience with gay men. However, it’s not her fault. PhatBoak’s dad is gay, and they were  divorced years ago.  She’s still recovering even as this much time passes by.  This is the big obstacle the two men have to endure.

My Imaginary Boyfriend  (2021) is a romantic thriller of a different kind. It’s about an unknown being who use to haunt and is obsessed with a person. (Stay tuned for our profiler page for the series)

Mirror Reflection (ใครในกระจก) – (2021): is a psycho-thriller. It’s about Alan, a boy who sees the ghost of an old man whenever he looks at the mirror. He was sent to the psychiatric hospital which turned out to be a weird hospital with overjoyed (hyper) nurses and doctors.

ASLove (2021) – the story about a singer who went to a small and old beach resort just to rest and compose new songs and then falls in love with the owner of the resort. The problem is that the owner (a guy) is deaf and can’t hear any sounds. So even as the singer composes the best song he has ever written, this guy will never have a chance to hear it. He starts learning ASL to communicate with the guy he falls for and just to sing a song with sign language.

Except for anime, there are 5 Japanese BL movies/series in various stages of production. Here are short description of these exciting new titles (Photos above, from top left) are described below in that order. All of these projects are confirmed for 2020 releases.

Aside from 5 (and counting) BL projects from Utain Boonarana, here are upcoming titles from Thailand.

At this point, we have reached 20 new titles. The series Oxygen is the first part of at least a 4-part series (the author may be planning for more) BL universe written by Cheshire. The other three installments are besides (1st) Oxygen, (2nd) Nitrogen, (3rd) Anakin, and (4th) Aftermoon. Also for consideration are Gen Y the Series, Teddy Bear’s Miracle, My Single: The Series, and Game On. Fluke Natouch of My Bromance is reported to be the star of another TV show slated for end of 2020, the title of which and his co-stars remain under wraps. Before our Philippines list, we have 28 titles already.

The BL Trilogy from AsterisK

AsterisK Entertainment, the producer of My Extraordinary (2020) is lining up two more BL shows, probably to be on air by 2021 (or earlier), with their network partner TV5. These are A Kiss To Remember and Boys Next Door. Both shows are in the casting of actors and pre-production stages.

Six (6) upcoming Filipino BL projects have had a lot of buzzes lately. VinCentiment’s Sakristan stars John Henry Villanueva and Clifford Pusing. The story revolves around an altar boy and another boy who appears to have the hots for him.

Eduardo Roy’s Fuccbois is one of the most intense gay films I’ve seen for many years. As a sort of follow-up, the director teams up with Kokoy de Santos yet again. This time, it’s a series to air in IWant entitled Oh Mando. De Santos is joined by appealing actor Alex Diaz.

Dolly Dulu’s The Boy Foretold by the Stars is about a gay high school student – driven by a fortuneteller’s predictions – attempts to prove to another boy that they are destined to be together. The movie stars Keann Johnson and Adrian Lindayag.

A movie He Who is Without Sin from award-winning director Jason Paul Laxamana released a trailer, starring Enzo Pineda (a broadcaster with fuzzy sexuality) and Elijah Canlas (Kalel 15 star).

From The Idea First Company comes Gameboys written by Ash Malanum. Fans are advised to subscribe to the company’s official YouTube channel as Episode 1 will be released this Friday, May 22. The new series is directed by Ivan Payawal and stars Kokoy de Santos and Elijah Canlas. It’s the pairing of two incredibly talented actors. De Santos is one of the leads in Fuccbois while Elijan Canlas headlines Kalel 15. Both movies were received very well during their theatrical release. More details to come! – Profile page

Also making buzz is My Day, the Series A romantic comedy series about a young determined culinary intern named Sky (Miko Gallardo) making his way into a multi-billion-dollar food company. Find out how he survived the challenges and won the heart of his wicked boss Ace (Iñaki Torres). Target release of the series will be on July-August 2020 (depending on the lockdown) in the official youtube channel of oxinfilms.

Finally, Gaya sa Pelikula (Just Like in the Movies). We will update this page as additional information.

Your Name Engraved Herein – The movie stars Edward Chen (Red Balloon). He will play one of the major roles. Also part of the film is Tseng Jing Hua and Chris Wu from HIStory: Trapped in a support role. Movie is set for a June 2020 release. This film is considered a milestone for Taiwan in terms of producing a gay movie. – Profile Page

In Part 2, we finalize our list and present our Top 10. Stay tuned!